Adwaith are putting the Welsh language music scene on the map with their rich melodies and funky 60’s riffs. A Welsh language post-punk trio hailing from Carmarthen in South-West Wales, they have been described as one of the most “exciting emerging groups from Wales of the last few years” (God Is In The TV). Despite having only formed in 2015, it’s been an explosive few years for them. The band released their debut album Melyn in 2018 to great success, they received the ninth Welsh Music Prize for their “sharp, groovy and confident” record and gained extensive radio play. They have also been important players in encouraging equality within the music industry through their sold out FEMME nights which see female artists take to the stage.. 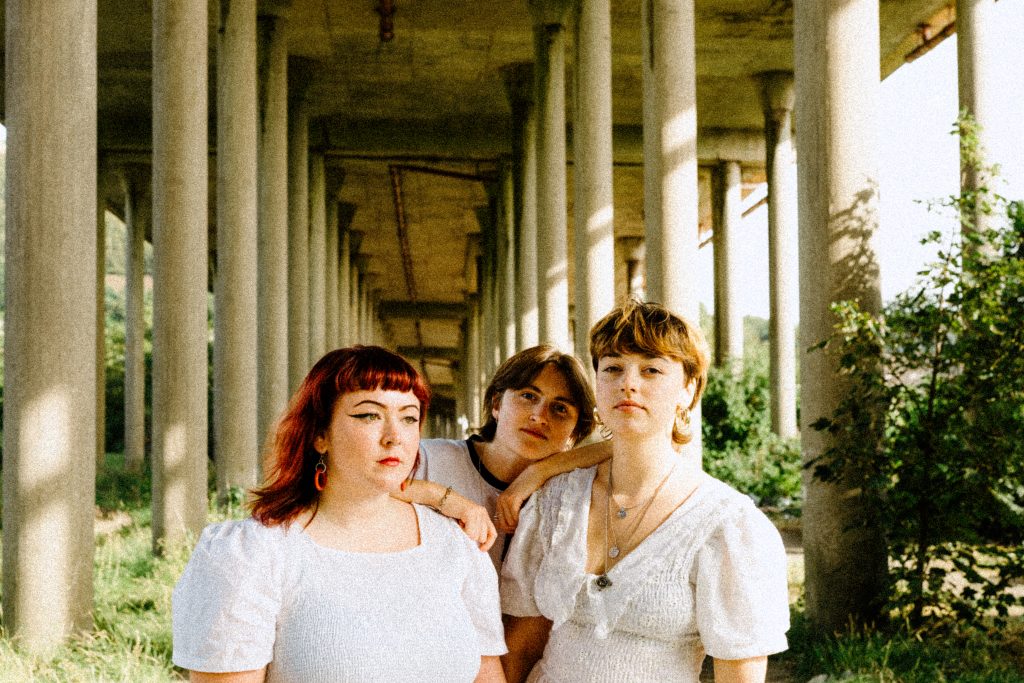