Manchester-based singer-songwriter Izzie Walsh has a unique sound that blends country, bluegrass, folk and Americana. Izzie has built an impressive organic fanbase over the last couple of years. Not only does she have two BCMA Awards and an Indie Week UK award under her belt, but Izzie is also a former BBC Introducing Artist of the Week and has even performed on ITV’s Cold Feet. Izzie Walsh has a vibrant touring history to date, with performances all across the UK and internationally. She has played sold-out headline shows at venues such as Manchester’s Deaf Institute and London’s Slaughtered Lamb as well as co-headlining with the amazing Curse of Lono, and touring Australia with Buckle & Boots Festival. Her new single Blue Collar Coastline is a poignant song about living in a world where we can be free. It showcases Izzie’s honest voice backed by epic violin and melodic fingerpicked acoustic guitar. 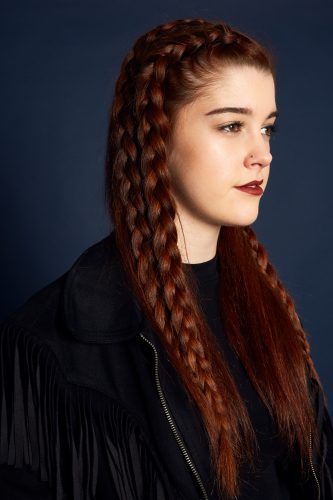