With the release of their debut album ‘West Country’, Langkamer have established themselves as one of the UK’s most exciting bands. Crafting infectious singalongs that seamlessly blend country, rock and indie, theirs is a sound overflowing with hooks, melodies and plenty of dueling guitars. From raucous first single ‘The Ugliest Man in Bristol’ to the pensive reverie of ‘Mountain Lion’, there’s rarely a moment without a new lyrical earworm or barnstorming riff stirring the soul. With their heart on their sleeve and tongue firmly in cheek, they switch all-too effortlessly between humour and sentiment, borrowing from a wide range of influences as they do so. Playfully and resolutely creative, Langkamer are a band with their eyes on the prize. Their extensive touring throughout 2021, supporting the likes of Bull and Fenne Lily, saw them not only sharpen their live chops but also road-test swathes of new material to audiences across the UK and EU. If there ever was a time to hear rock and roll scream upon the Atlantic shores, to witness old Americana breaking upon the British hills, it is now. 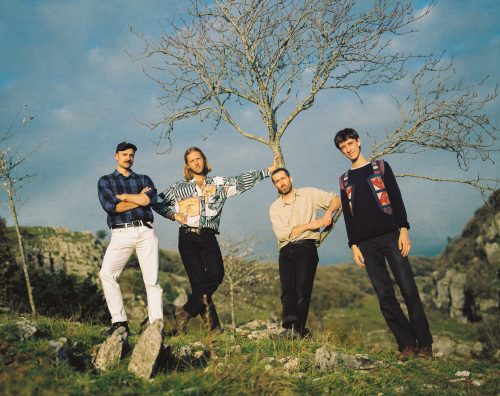