Loose Articles aren’t your typical punk band. They began their musical escapades by aiming (and evidently achieving) to “make music because we wanted to prove a point that women can do it just as well as men” Though they’ve drawn comparisons with the Slits, it’s the Fall who stand out as the major touchstone for the band – longtime Fall producer (and Pixies collaborator) Simon ‘Ding’ Archer, recorded and produced the ‘Orchid Lounge’ EP in Manchester, recognising something of that group’s surrealist street poetry in Loose Articles. “We have a lot of political messages about what’s on our mind” explains bassist and vocalist Natalie, “I just write whatever pisses me off at the time”. ‘Up The Disco’, the band’s first release in almost a year saw Loose Articles hit the high notes. Recorded with Theo Verny in Brighton, and premiered by BBC 6 Music’s Steve Lamacq (resulting in multiple plays across the station), and a limited 7″ released on indie label Dipped In Gold, lead to the band’s inclusion on NME’s Hot 100 for 2021. 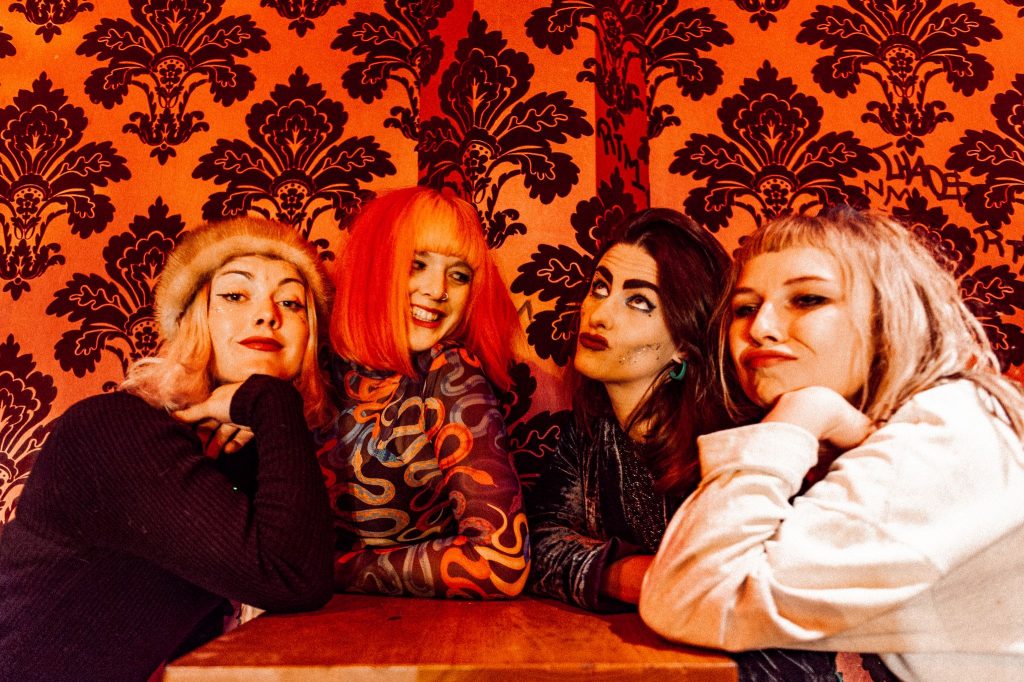