RSVP are spearheading the renaissance of live Bhangra in the UK, opening doors for other artists and introducing Bhangra to mainstream audiences for the first time. From massive stages at Glastonbury (over 10 years) and Womad, to concert venues across the UK and Europe, they’re always guaranteed to get even the most reluctant on their feet, and leave audiences breathless with excitement. RSVP Bhangra’s unique blending of Punjabi Indian music with dance beats and mainstream pop has created a new and irresistible sound that audiences everywhere love and keep on coming back for. Is it Dildar’s melodious voice and charismatic stage-presence, Judge’s deliciously engaging interactive involvement with the audience or perhaps Jeevan’s insistent dhol drumbeats – or even Cris and Puggy’s sharp rhythmic underscore that does it? Who knows? The resulting effect, however achieved, is immediately involving, compulsive and extremely addictive! Every show comes with an introduction to Bhangra dance – everyone’s included with RSVP’s emphasis on partying Punjabi style. With musicians wholly rooted in an authentic living tradition, yet unafraid to innovate, this is the ultimate celebratory Indian music. 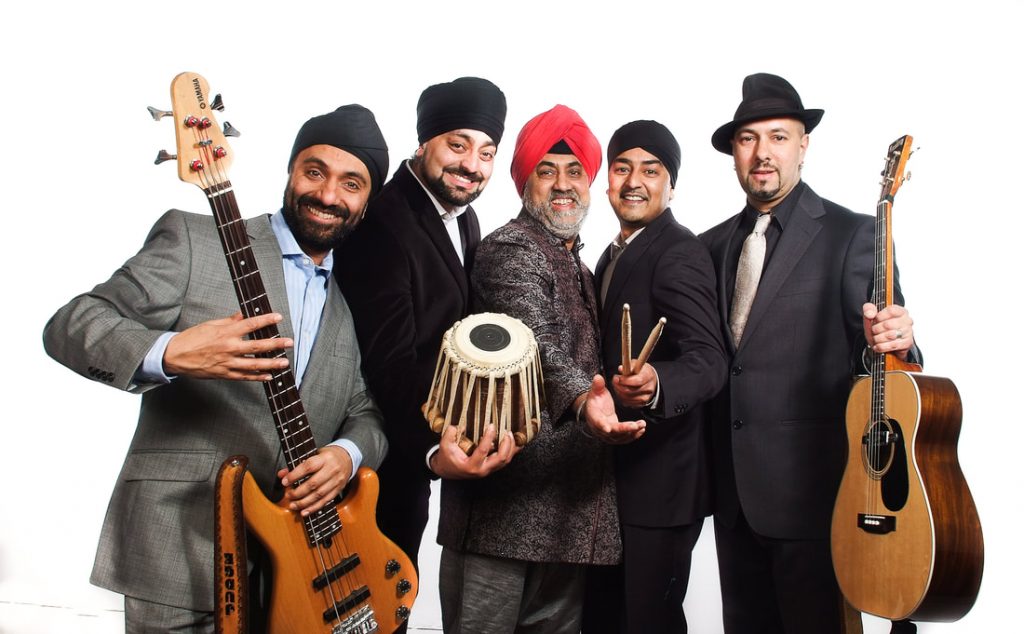