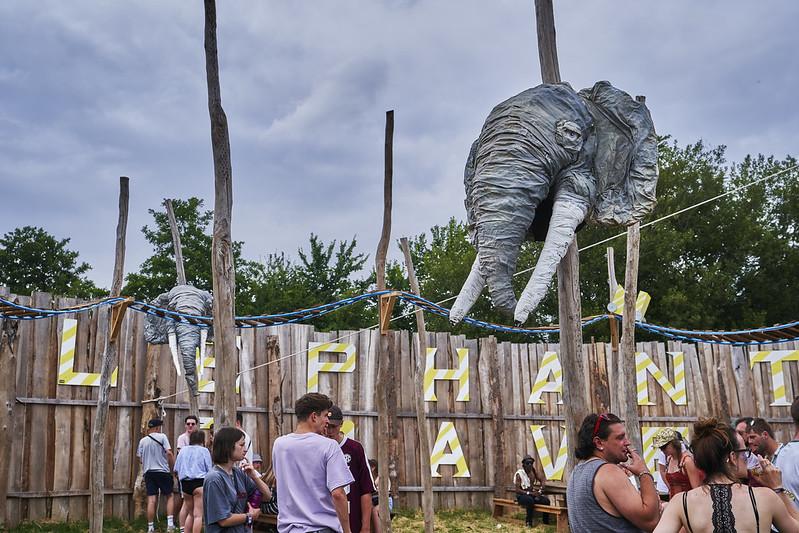 Shake and shimmy your way into the night with a devilish lineup of house DJs set to move the very foundations of our Elephant’s Graveyard.

It may have once been a magical wonderland, but our favourite wildlife haunt is now cavernous, and filled with hidden surprises and futuristic delights. One of whom is firmly planted into the very foundations of the graveyard is Sonny Wharton. He’s the head honcho in the house and techno scene and will, no doubt, come armed with oodles of tunes just begging to be discovered. Dom Kane, Wharton’s label mate, will spin a selection of intergalactic wonders with DJ Dirty Secretz also stopping in on his upward trajectory.

Big beat massive get involved, as house and electronic legends Utah Saints join our after-dark line-up. Expect tantalising beats to reverberate around the wondrous graveyard; these guys will make the perfect backing track to a night of dancing, exploring and discovering some of Nozstock’s great remaining unknowns.

Another intrepid explorer searching for their own treasure is Dark Arts Club, whose tunes have been spun by the likes of Pete Tong on festival stages across continents. Pete Tong may have been around the world, but has he ventured to the hometown of dastardly DnB and house producer Emily Nash? She calls Worcester her home, but ventures out into the wilderness of Nozstock 2020 to add yet even more talent to the Elephant’s Graveyard line-up.

If you’re still not satisfied, the graveyard will also provide a home for Max Galactic over the weekend, who is always keen to bring a little funk n’ soul into the mix. An enigma shrouded in mystery, little do we know about Ron Mexico aside from he really knows how to throw down a naughty house mix (and he loves tequila). He joins our star-studded house ensemble, bringing a little Spanish flavour into the mix.