Happy Birthday to one of the biggest names in Drum & Bass, Andy C!

Andy C will be returning to the farm for the 5th time (Yes, 5th!!) to play a super exciting headline show on The Orchard Stage for 2022!

His incredible drops have kept us going through the years he’s been around, and what a time it’s been! Andy’s consistent passion for Drum & Bass started from a young age and it wasn’t long until he was the turn-table of the century (if you catch my drift…). He has been known for his positively ridiculous set lengths alongside his signature ‘double drops’, where he combines two tracks at a time just as the beat drops to create a crazy collab of sounds.

It’s clear he has the imagination of Mr Wonka and the multi-tasking skills of an octopus, which managed to win him the ‘Best DJ’ title at the Drum & Bass Awards in 2011. He’s actually the only DJ to hold more than 20 titles of ‘Best DJ’ in any genre, that’s pretty impressive stuff. To think, this legend will be bringing his multi-skilled self with his many decs

to the farm this summer, it sends tingles down our spines! It’s definitely going to be an absolute banger.

If you don’t know much about this legendary DJ yet, head over to our Spotify Orchard Stage playlist https://spoti.fi/3KyGntx , where we’ve added plenty of Andy C’s greatest hits for you to get hyped about. Share it with your friends, then bring them all to Nozstock, where you can go wild at his Headline set on the Orchard Stage this July. See you there! 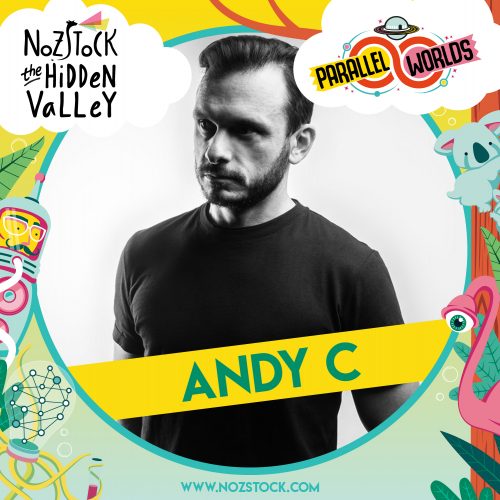