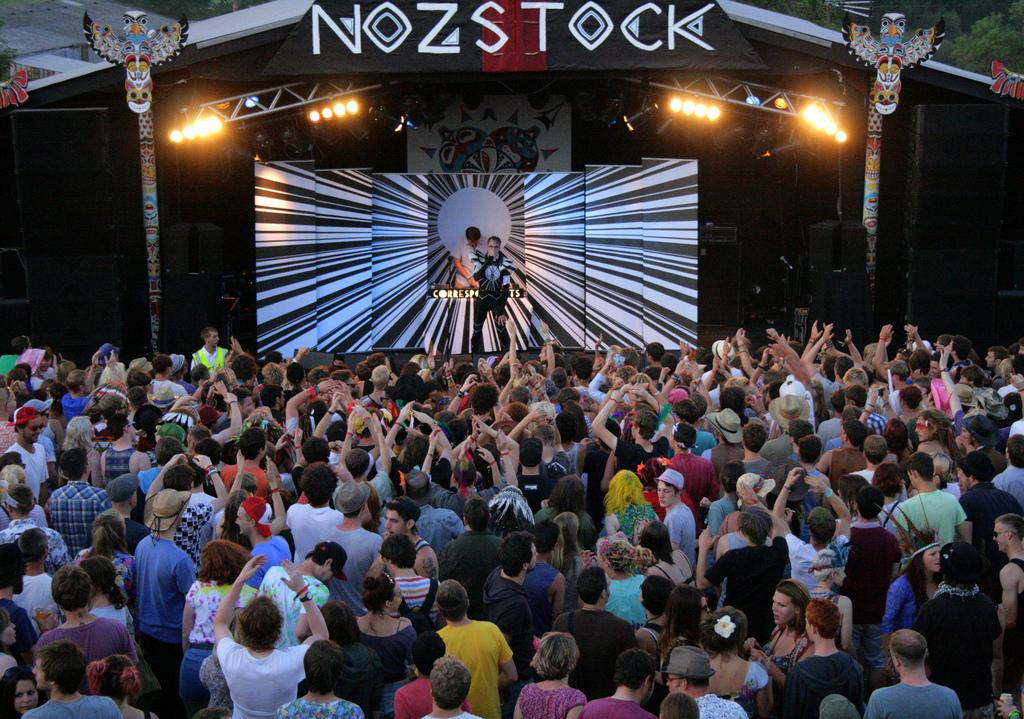 A great thing about Nozstock is the size, it is one of the smaller festivals but with so much going on, it really doesn’t feel very small …These little touches are evident throughout the festival and this is what makes it so special.

2013 saw The Farm transformed into an amazing, abandoned film set of an aged cowboy movie, with the wild wild west coming alive just for the Nozstock weekend! New additions to the site came in the form of hidden glades strictly for relaxing in, a new area down towards Lake Sheersy, a whole western town by the Garden Stage, the glorious electro-swing haven, Speakeasy Bordello and we welcomed Brian The Cockerel to the Chicken Cow Cafe…

2013 also welcomed the strongest line-up across the comedy stage. Welsh legend Howard Marks entertained with his tales of Mr Nice, and Aussie Brendan Burns packed out the tent with his controversial content!

Cabaret and Theatrics were just as unforgettable. Saturday afternoon welcomed the notorious Dolly Parton flash mob with their Jolene sing a long and did you play the human jukebox or conquer the turkey twizzler?

UK Festival Awards also honoured Nozstock: The Hidden Valley in 2013 with the Greener Festival Award, plus we were in the running for Best Dance Event.