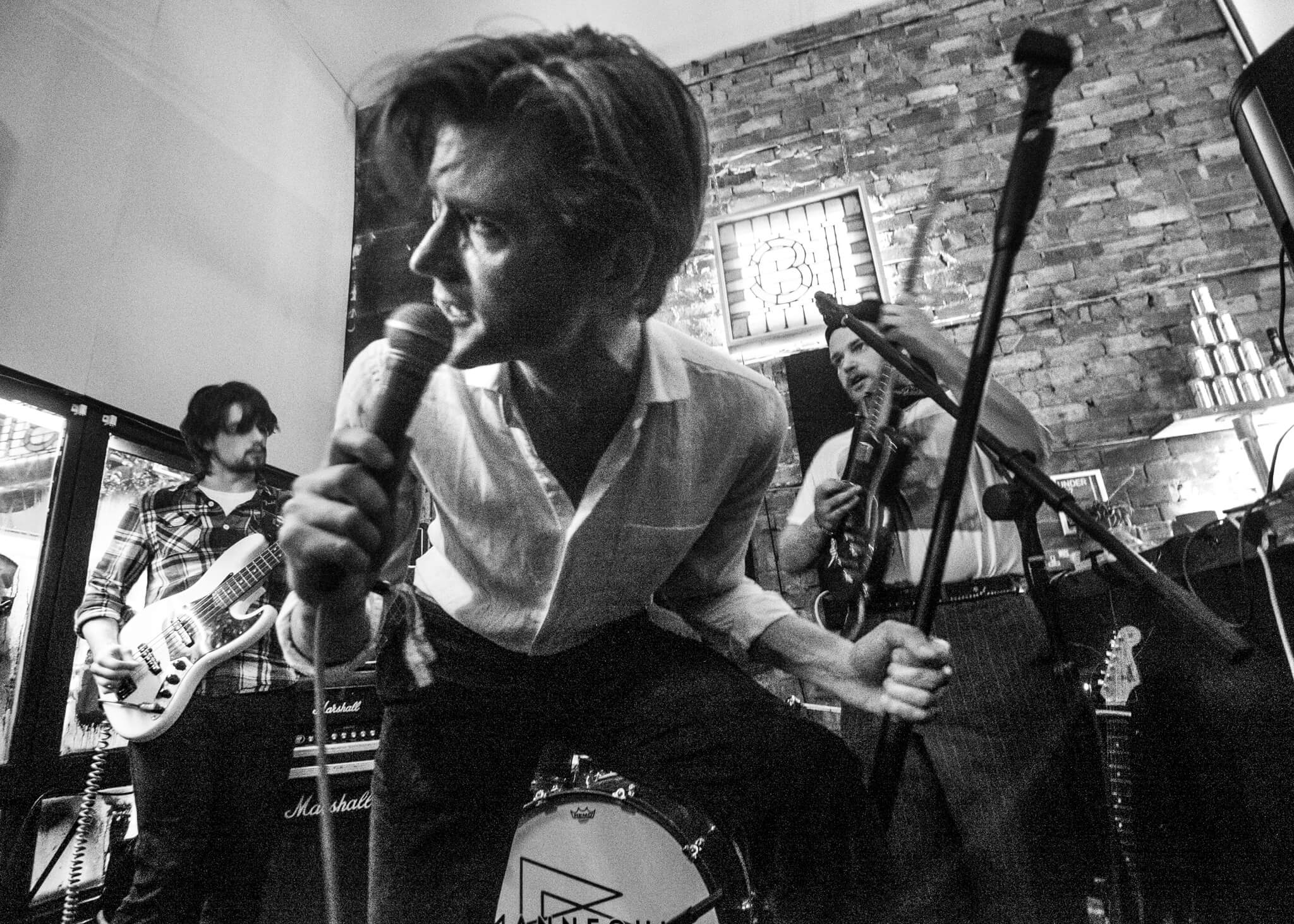 Do Nothing are an art-rock band from Nottingham. Equal parts taut post-punk and off beat new-wave, underpinned by the distinctive lyricism of front man Chris Bailey, the four-piece have been compared to Interpol, Ought, Grizzly Bear and Parquet Courts. They released their debut single ‘Waitress’ in early 2018 and have played in support of Willie J Healey and Kagoule. Their second single ‘Handshakes’ is out now.”