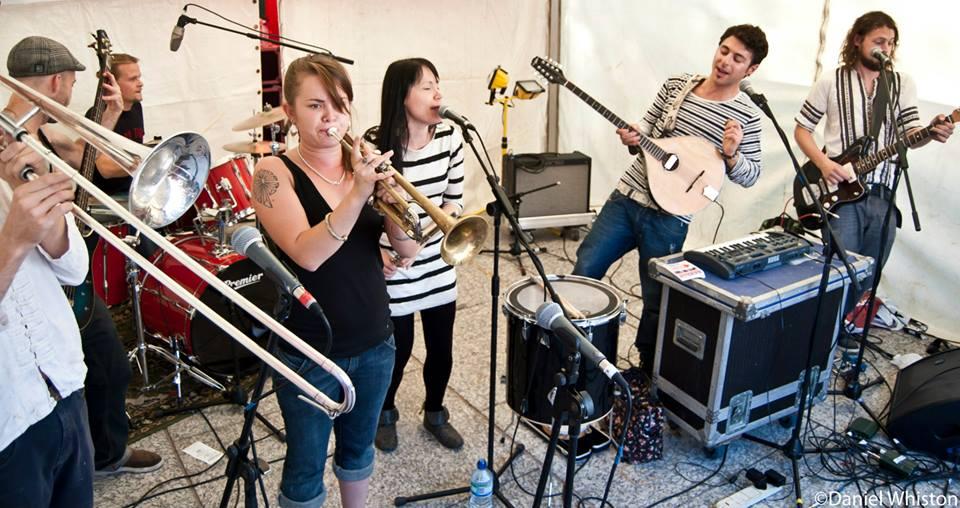 Following on from the success of their album last year, Hallouminati bring their inimitable brand of Greek inspired party punk. Delving deeper into their musical smorgasboard, they throw themselves into the darker realms of bouzouki inspired surf and rembetiko, as well as sweat inducing, hip thrusting grooves that pay homage to their traditional roots with frantic, manic vibes. Hallouminati’s new set is the sonic recreation of old men sat nostalgically round a taverna whilst their grandkids rave next door- the furious joy of the cathartic release of the human condition.