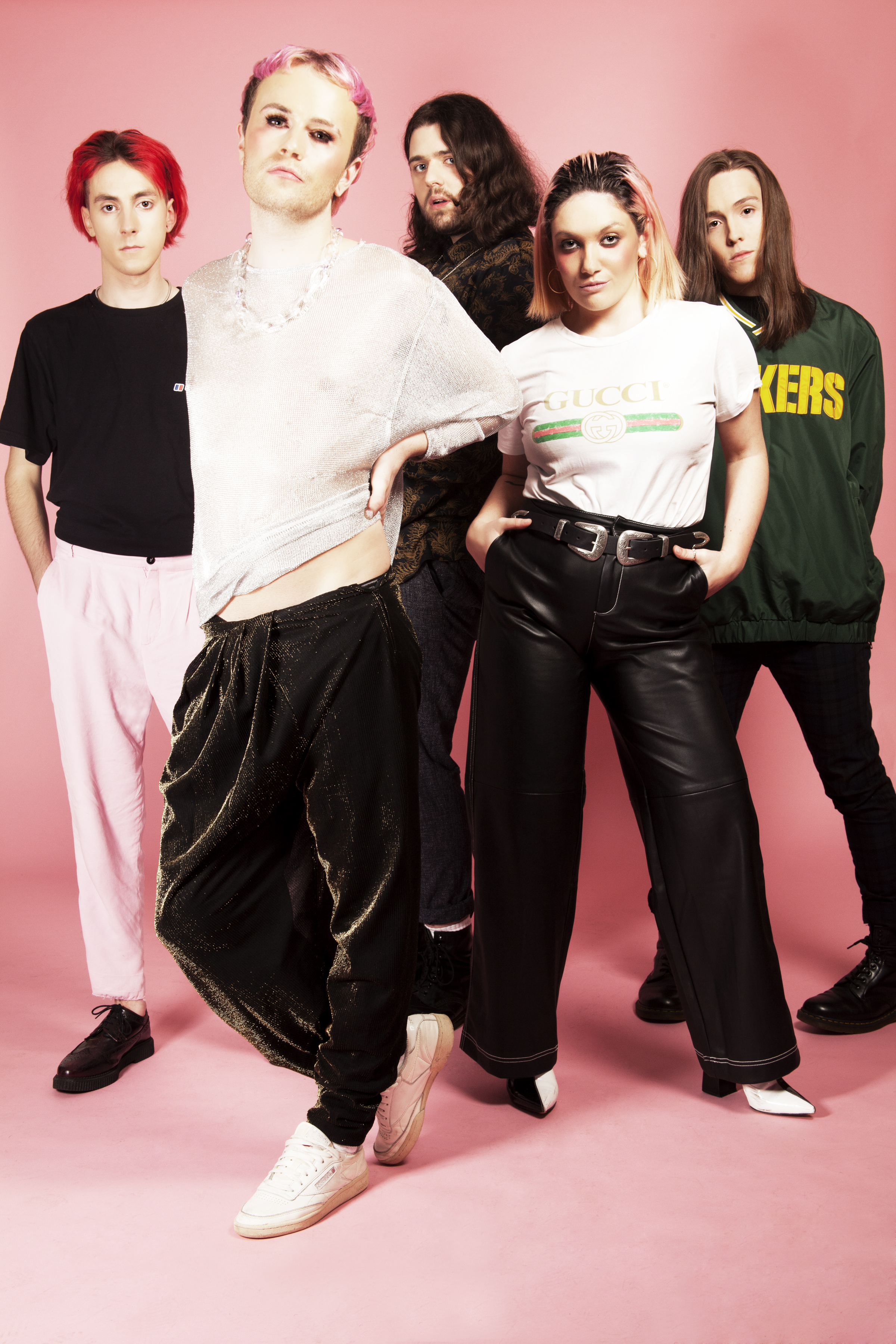 The often accredited ‘punk’ tag seems a stretch for Queen Zee. Having been in and out of Liverpool’s anarchic DIY scene in their teenage years, founding members Zena Davine & Jason Taylor-Brown both acknowledge Queen Zee as a step away from the typical punk band format. “I wanted to create a persona, as if it was a drag queen or superhero, but that was rooted in punk.  In a Leigh Bowery meets Debbie Harry type of way” states Davine.

In-fact at no point in their career have Queen Zee taken themselves too seriously, having been shut down by the local Council after protesting their own gig and barred from venues for their bizarre onstage antics. Their single ‘Victim Age’ was hand-picked by the legendary Iggy Pop for his Radio 6 show after calling the band “Strange, weird, dirty people from Liverpool.”
In 2018 Queen Zee appeared on Huw Stephen’s Radio 1 new music show with their Maida Vale live session. Consequent tours and festival appearances across Europe have shown off their cult fanbase, and after winning the PRS flash funding at 2018’s The Great Escape the band continue to push the limits of how far they can take their absurdity.
Buy Tickets