We’re all getting rather excited at Nozstock HQ, as we have just had confirmation that Alabama 3 are to be our show-stopping Saturday headliner!

Famously known for “Woke Up This Morning” – soundtrack to the massively popular TV drama “The Sopranos”, quirky acid house band Alabama 3 will be upping the country blues techno, winning fans over with their inspirational tunes, and entertaining us throughout the hazy summer evening. Best described by the confirmed non-conformists themselves; ‘We’re the Alabama 3. We make Sweet Pretty Muthaf*ckin Country Acid House Music. All night long. We’re not from Alabama, and there’s not three of us. We never went on X Factor or Pop Idol or Stooge Quest. We did it the old fashioned way; Back in 1996, we threw a big old party, invited all our friends. We took a fistfull of blotters and half a dozen disco biscuits and then made it up as we went along.’

Known for captivating their audience with an intricate weave of harmonies, melodies and lyrics, which ranged from love and cheating to murder and social injustice, let yourself be carried away on a roots journey while Larry Love’s raspy, intense vocals take hold.

So, maybe you’ve done some good things in life, maybe some bad. Alabama 3 will forgive you. All they ask is that you dress up real sexy and come join the party…! 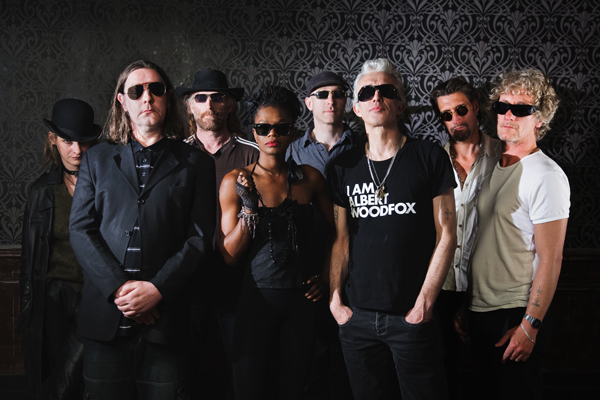