The wait is almost over! Nozstock the Hidden Valley is creeping up on us, with the emerald green city gates opening up in just a few weeks from now. This year’s 21st edition of the festival brings you electrifying drum and bass, whomping bassline, uk funky & tech just to mention a smattering. We’ve reached out far and wide to pull together a huge multi-genre dance line-up, which hosts variety wide enough to satisfy all of your grooving needs, through day and night.

Over the course of the weekend we’re buzzing to welcome an eclectic mix of some ground-breaking DJs including Ed Solo, David Rodigan and our award-winning headliner Rudimental. The long-awaited Hospitality takeover will be unleashing itself on the Cubicles stage for Friday night. Newly inducted Drum and bass legends King of the Rollers will be gracing our presence with their electrifying showcase of  heavyweight sounds, while Saturday night brings us another pair of DnB titans to the Cubicles in Benny L b2b Shimon. Their set is sure to be packed with high energy shellers and will be a stand out performance.

Hitting the Garden stage DJ Zinc and SP:MC bring their fusion of house, breakbeat, UK garage and drum & bass to the mix and giving you some filthy electronic beats for the senses. In addition to a bursting bass line-up, house and techno also take the centre stage at areas of Noz. 10 Years of Whartone Records aka absolute heroes of the house scene are incoming to the Elephants Grave stage at the farm and will be ones not to miss.

Over the course of the weekend we’ve also got some fantastic take over line ups in the Bullpen which are not be missed. A personal favourite of mine would be Bristol’s award-winning party collective Rumble in the Jungle with their Send It Session takeover featuring Jungle shellers, Remarc, Kelvin 373 b2b DJ Hybrid and Kamoh. For something a bit different be sure to catch the Durkle Disco takeover on Saturday night at the Bullpen! Bringing UK funky pioneer and Rinse FM personality Marcus Nasty into the mix, head honcho Koast and his gang of exciting young DJ’s and expert MC’s are sure to bring one hell of a show.

It’s hard to pick out just a few names from such a deeply enriched lineup, Notion has had an absolutely storming 2019, ascending right to the top of an already enormous bassline scene, Turno has cemented his place as Jump-ups most important figures, and returning favourites such as Ed Rush and Danny Byrd are absolutely certain to bring the sound that’s emboldened them as legends within the scene. There’s so much to mention, we could go on forever. And that’s the beauty of it. Programmes at the ready! 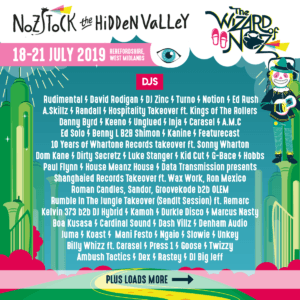 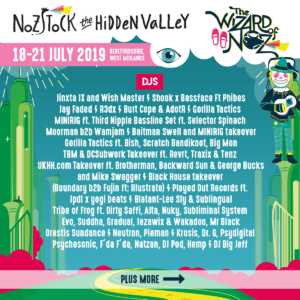 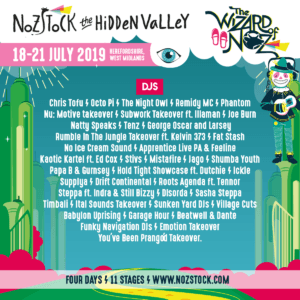