“Nozstock boasts a real laid-back vibe and is essentially the epitome of what a music festival originally set out to be.” ~ Summer Festival Guide

Only a few tickets off sellout at Nozstock this year, the site was brimming to capacity, and we really made the most of the weather. Nozstock 2012 was a proper weekend to remember and this showed in the smiling faces, brilliant personalities and astounding acts that were on show across the Farm. 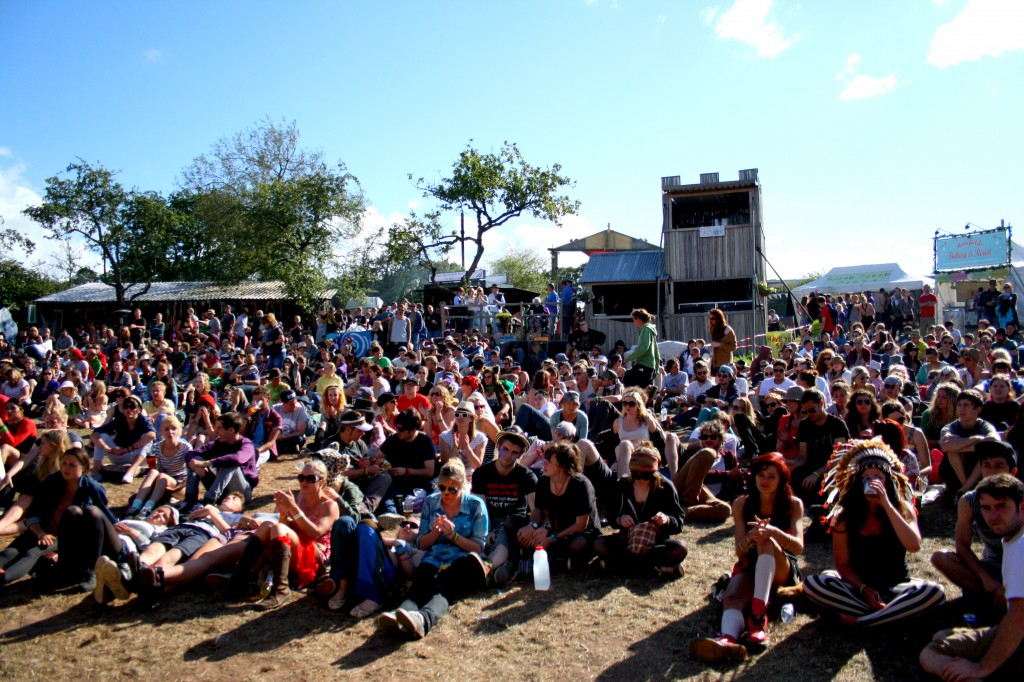 Mr Pete ‘Noz’ Nosworthy himself said: “We were just so happy that the clouds had cleared, we could get the bales off the fields and really make it the best festival yet. There wasn’t a murmur of discontent at Nozstock this year, just ‘wow’s’ and ‘woops’ from across the Farm. It was really encouraging to see that we were enticing the right kind of fun-loving, caring crowd that we felt could bring so much originality and a great attitude to the Hidden Valley. Stand out moment had to be standing on the viewing platform with all my family, friends and loyal crew, watching the Proclaimers and thinking “Yes, we got there. It’s all been worth it.” “

As a crew, we had an amazing year this year and this was all down to you being an incredible audience, not afraid to get stuck in and make the most of the sunny spell we all richly deserved! In a weekend where the reigning sock-wrestling champion held his title, two boys trying to jump the fence had to call rescue services to save them from a circling bull, and Phil Kay was wrestled to the floor and forced to eat hay by an organised team of children, the Farm housed unprecedented numbers of revellers and joymakers. It’s impossible to list them all but there were some sterling performances from a whole host of acts across nine stages including the Rubberbandits, Jake Bugg, Dreadzone, Zinc, The Correspondents, Four Owls, The Futureheads and of course, The Proclaimers. With a diverse programme to counter all others, the festival took punters on a whirlwind tour through ska, reggae, roots, indie, rock, swing, hip hop and the finest of heavy-tempo beats per minute. 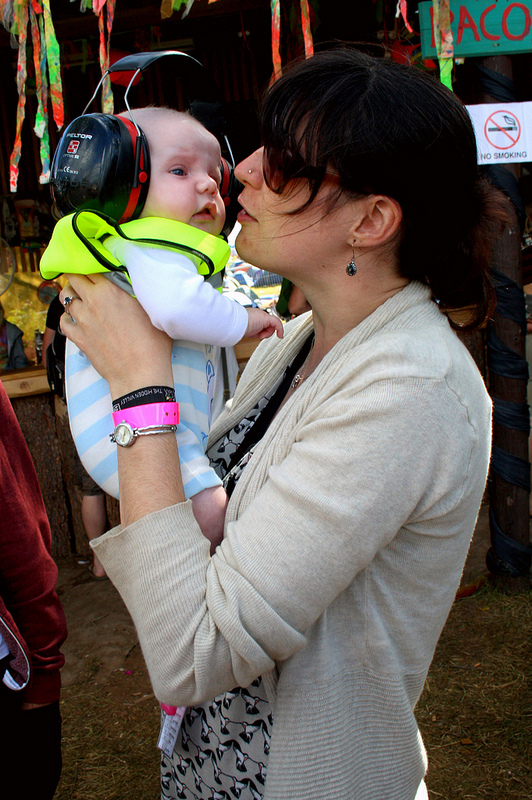 Nozstock’s very own resident daughter (seen here cradling the newest member of the crew and family) Ella Noz said: “I’ve got to say that it really felt like the gods were thanking us for putting on a myths & legends theme. We couldn’t have hoped for a more beautiful sun-soaked weekend, glorious foody smells, smiling faces and a programme jam-packed with colour and proper old-fashioned entertainment. From the folk jam round the fire, the mesmerising cabaret, groundbreaking comedy and some of the strongest live performances in the business, I was so gutted to be working – I couldn’t help but look around and say to myself “I want to go to this festival, it looks amazing!” A proper explosion to the senses. We’re always thinking of the future here at Noz HQ and I can’t help but wonder “How are we going to top this?” We owe a massive thanks to all our friends and crew, old and new, that have supported Nozstock since it began as that party on the lawn 14 years ago. It’s amazing to see how it’s grown and we couldn’t have done it without you.”

Keep your eyes online for upcoming reviews and spot yourselves on our Facebook and Flickr pages over the coming days. And don’t forget, you can do it all again next year!