It’s been fourteen glorious summers since the Noz family began their annual shindigs and now in 2012 the farm is hosting an established, leading family festival with top notch music, dazzling theatrics and tickling comedy in a delightfully intimate, utterly exciting and downright beautiful setting.

Now, the sun is barely shining and we know you summer-loving types are no doubt longing for fields, tents and cider, so we decided to get you one step closer to Nozstock 2012 and released a limited supply of early bird tickets at 10 am this morning. Incredibly these tickets were all gone by 5.30pm today  – some of you weren’t busy working at work, but were doing the sensible thing and planning your summers! We wanted to make sure some of our loyal fans and subscribers had a chance to get the early birds too so we released another batch of them and the last of these has just been snapped up. You guys are keen!

So the sad news is that we can’t afford to do any more early birds for you this time round, but luckily for you our advanced tickets are so cheap for nine venues of round-the-clock entertainment, of such astonishing quality, that we’re not feeling too guilty. Best get on it, before they all disappear people!

And we know you don’t want to miss out on that festival feeling; downing tools, leaving reality behind, forcing as much camping stuff as humanly possible (and then some) into a rucksack you definitely thought was bigger and making your way to a weekend of bliss.

But what would an early bird ticket announcement be without a line-up announcement to go hand in hand? It’s finally here folks and it’s one to get excited about. We’ve everything from Scottish folk-rockers The Proclaimers to jaw-breaking bass and beats in the form of Andy C & MC GQ. Not to mention theatrical wonders and workshops, prime-time comedians and mesmerising late night screenings of short films and music videos. There’s plenty of arty fun awaiting the mini-festivaler too so bring along the whole family. Check out the full line-up so far and grab your tickets here! 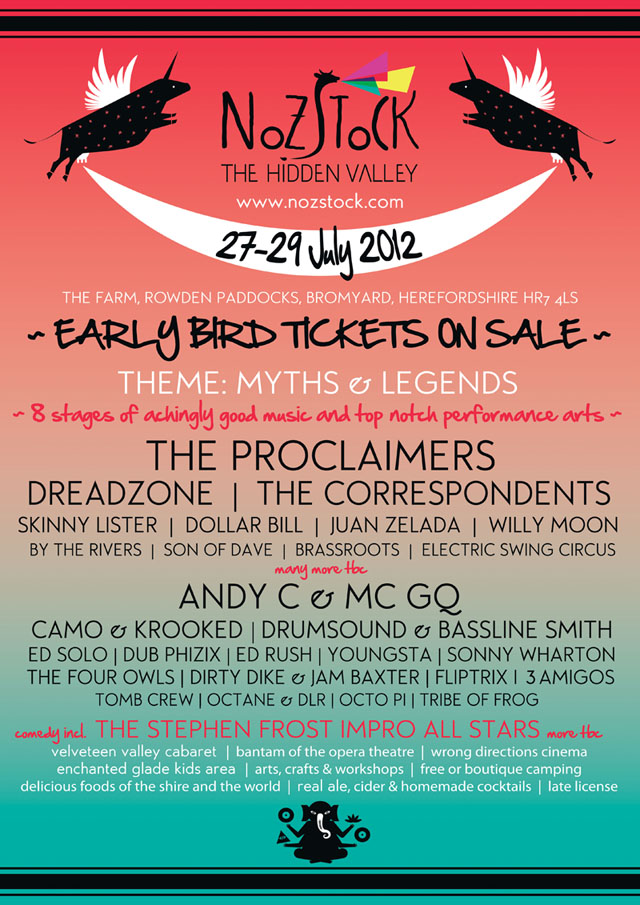