That’s right, troops, Rap, Grime and Dubstep phenomenon Foreign Beggars will be headlining Nozstock’s most eclectic outdoor stage this July. Orifice Vulgatron, Metropolis and DJ Nonames will be bringing you their raw fusion of warming basslines, grooving melodies, with anarchic, on-the-money lyrics to inspire you and get you skankin’ with the best of ’em. Averaging well over 100 shows per year, the Foreign Beggars could never be accused of not putting the time in and are totally devoted to their fans. Cited as one of the most prolific and versatile outfits to emerge from the UK, they were nominated for best European Hip Hop Act at the 2010 Urban Music Awards, alongside nominees Roots Manuva, Ken Ring, Professor Green, La Fouine and Tinie Tempah.

Hugely into cross-genre experimentation, the ‘Beggars have collaborated with a huge array of esteemed UK and international artists including UK Beatbox Champion MC Zani or THePETEBOX, Kyza, Dr Syntax, Noisia, Bar 9, Skinnyman, Alix Perez & Zinc among so many many more.

We can’t wait to be privy to this mind-blowing set of some of this decades most boundary-shattering anthems. Be sure to catch them whatever you do. Theirs is a show like no other. 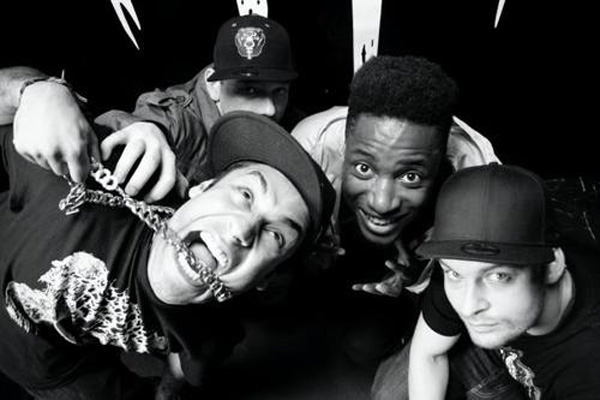