When things go bump at Noz…

It’s time to get spooOOOoOooky, Nozstockers – Happy Halloween from all of us at NozHQ! We hope your day has minimal tricks and maximum treats, we’re all about the chocolate here…

Our festival lands smack bang in the middle of summer, but we’re no strangers to giving you bunch a fright when on site. Along with the beautiful, weird, and whacky, there have been some eerie happenings at Nozstock over the years.

When the music starts thumping, things can go bumping in the night on this farm, read below our best scares, past and present: 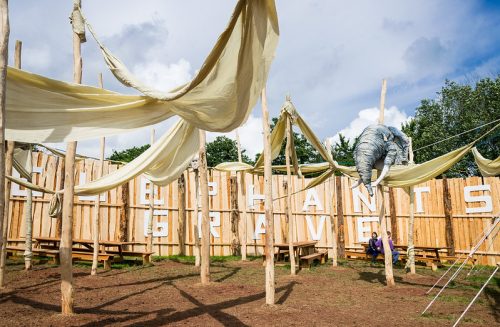 With a name like that, it doesn’t come as much of a surprise that our reggae/house rave yard comes with a slightly creepy history. Legend has it that that Ada Mary Chapman, owner of Chapman’s Circus in the 1930’s, retired her exotic menagerie on the farm (which she then owned). Fast-forward to the 1970’s, the remains of an elephant were found by the top gate. Although nobody is sure exactly where the rest of the animals are laid to rest, we know Miss Chapman’s matriarch elephant was buried near Lake Shepherd, right underneath your feet in what we now call, The Elephants Grave.

The Cabinet of Lost Secrets 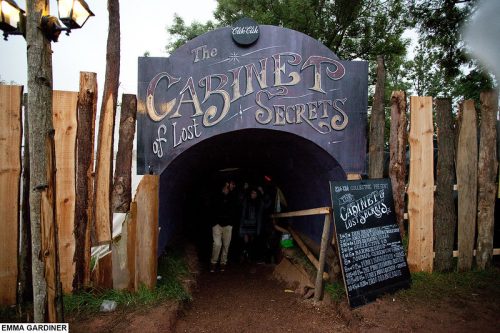 Maybe spooky isn’t quite the right word for this this underground lair, but it’s is certainly full of surprises. Expect the unexpected in this funk-filled immersive venue – if only those walls could talk of the strange things that have happened there, from fortune tellers, to hidden passageways, to our resident coiffeurs, which leads us nicely onto… 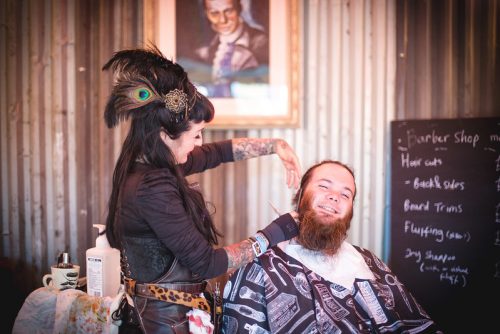 You’ll find this devilish duo lurking in the depths of the Cabinet of Lost Secrets, waiting on the next poor soul who wants a haircut. But be warned – you might be getting a closer shave than what you bargained for.

That’s right, 2019 was the year of ‘The Wizard of Noz’ based on the beloved film and book The Wizard of Oz. It’s a favourite theme among many of us at NozHQ, but beyond the rainbow and Emerald City lay a slightly more sinister side on site. There was Dorothy’s House (aka the Garden Stage) which had crushed the Wicked Witch of the East. Our favourite Boneyard, the Elephant’s Grave was transformed into The Haunted Forrest with warped faces of trees. Oh, and not forgetting the Wheelers which could dotted around the site. 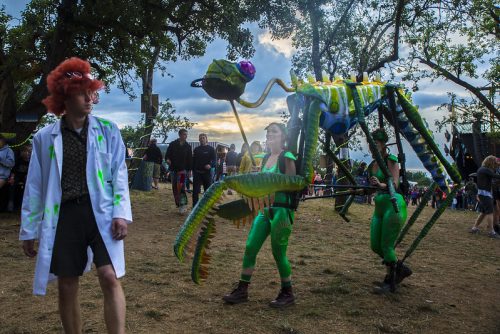 Have Entomophobia? Watch out when you’re walking through our festival site, a giant Praying Mantis along with other insects have been known to creep up on you…

We’ve watched Jurassic Park, we know how it ends for us humans when faced with dinosaurs. So, when they roamed the farm 2014 for our Jurassic year, they certainly gave us the chills. Giant T-Rex footprints on the valley and a Stegosaurus towering the entrance to the festival arena. It’s a good job our dino-friends didn’t get loose!

That’s all, but with 2022’s theme of Parallel Worlds just around the corner, we’re sure there will be more scares up our sleeves.