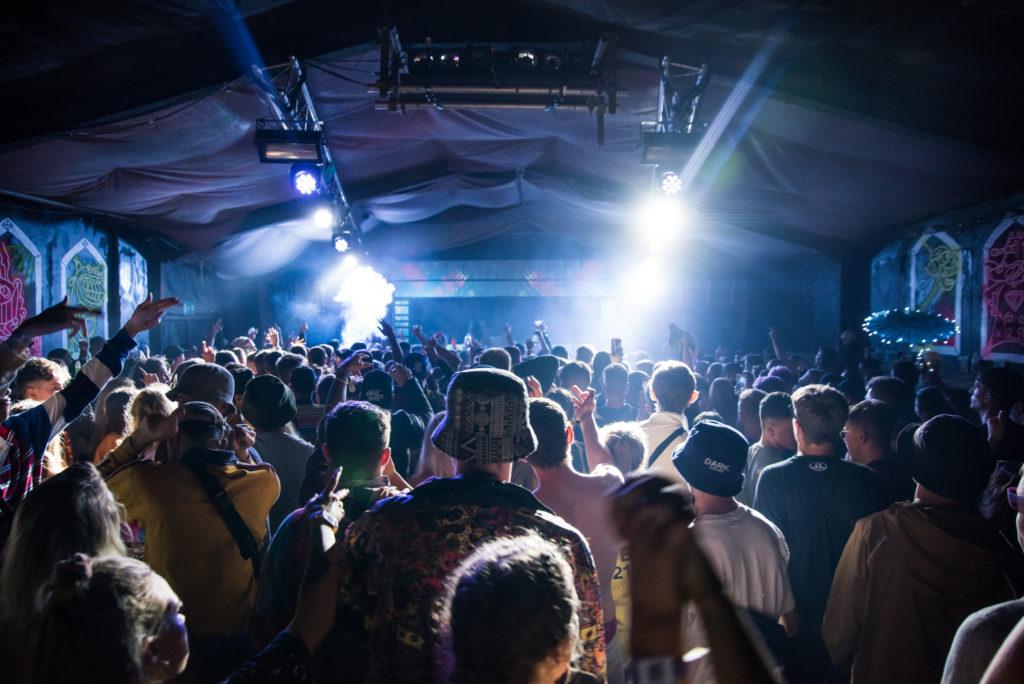 There is a special place for Drum & Bass here at Nozstock, and that place is called the Cubicles. We pull out the stops every year to ensure all your DnB needs are exceeded, and this time around, we may have gone bigger than ever. This year, The Cubicles will host some of the biggest and baddest DJ acts the scene has to offer.

Friday night see’s Hospitality take over the barn, with heavy hitters Kings of the Rollers set to tear the arena up with their unique style. Serum, Voltage and Bladerunner have individual releases across d&b’s biggest labels including Metalheadz, Ram Records and Low Down Deep. However together they have kicked off the year with their number one Beatport chart topper ‘Burnt Ends’. These three have grown dramatically in the past year with headline slots at Rampage and Boomtown Fair in front of tens of thousands.

Next up for the Hospitality takeover sees Drum & Bass veteran Danny Byrd take to the decks. Danny was one of the first to sign to the label at the turn of the millennium and since has created a signature mixing style and production flair to render him one of the scenes greatest. His debut album ‘Supersized’ dropped in 2008, which included signature tracks such as ‘Shock Out’ and ‘Red Mist’, with the VIP of the latter of those two receiving huge support receiving over 6 hours of Radio 1 airtime in 2009! A true Drum & Bass stalwart – Danny Byrd has remained hyper-relevant in a new age of d&b, with new album Atomic Funk garnering acclaim from new and old-heads alike.

Friday night will also see host to one of the most exciting talents in the scene, Keeno, whose third studio album got hailed by critically acclaimed Nozstock regular DJ Andy C as a masterpiece – that’s some achievement! Production aside, Keeno’s mixing technique is second to none, so much so that he launched the ‘60 Minutes of Med School’series on BBC Radio 1xtra, ever since he has been the Med Schools highest tier DJs, headlining shows across the globe!

Unglued stormed onto the scene with the release of ‘Bootstrap Bill’ gaining attention from DnB heavyweights across the globe, receiving support from the likes of Noisia and Metrik. 2018 saw him really get DnB fans attention with the release of the most sought after dubplate of last year, his bootleg of the High Contrast anthem ‘If We Ever’. He’s been tipped as one to watch from UKF and internationally renowned magazine DJ Mag, this is one not to be missed!

Hosting this night with his poignant lyrics and positive vibes will be the true talisman of the underground scene that is Inja. Describing his style as ‘different flows for different shows’ Inja will be joined by Nozstock regular MC Carasel to host and toast some incredible Drum & Bass. 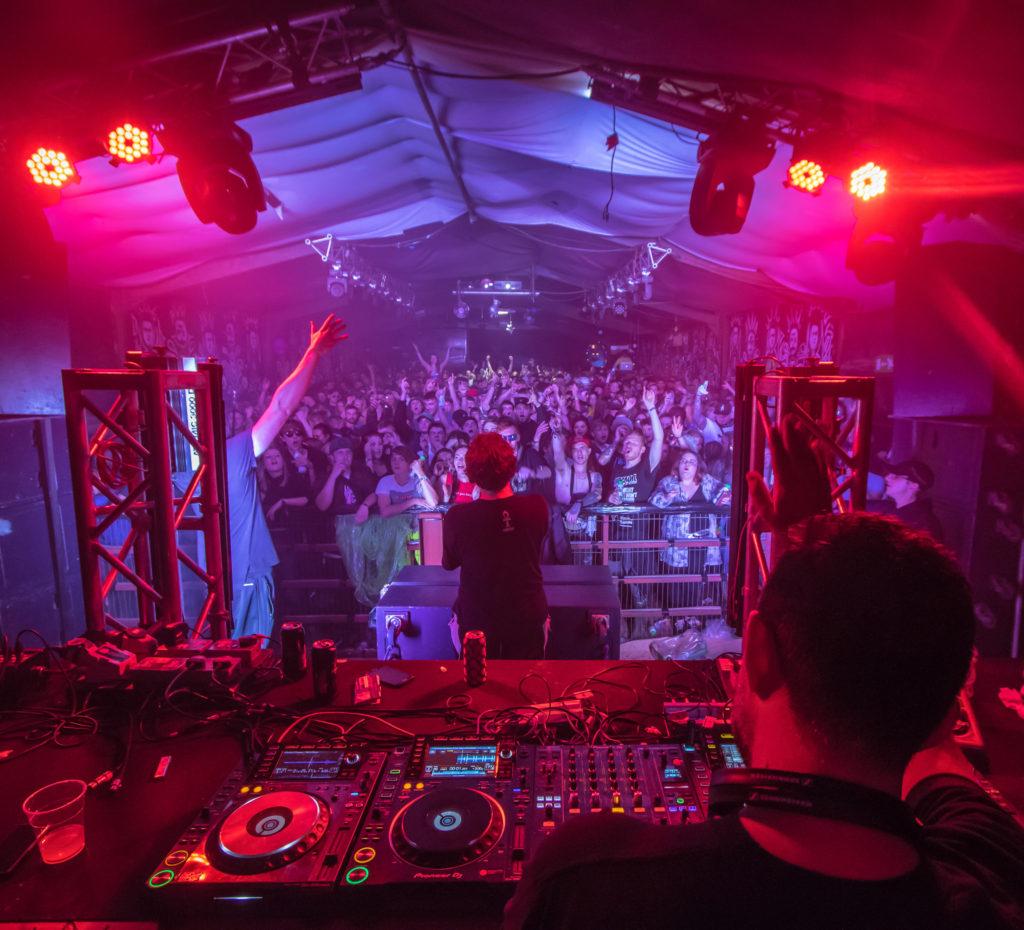 It doesn’t stop there with the onslaught of Drum & Bass at Nozstock this year. Saturday night will see Benny L go b2b with Shimon. Benny has made his name known with basslines that don’t bang but groan and moan under weighty production. With releases such as ‘Low Blow’ and ‘Thunder’, Benny L has taken the scene by storm this past year, and it’s no wonder he won the award for best newcomer at the drum&bassarena awards last year. Shimon needs no introduction with his legacy being nearly as old as drum and bass itself. With tracks like ‘Quest’and ‘Titan’ not only being vital for his ascent, but also for the expansion of drum and bass engineering. Shimon has been a big influencer for Benny in his career, we’re really excited to see these two back to back shelling down the Cubicles this year!

Next up see’s a man that changed the face of Drum & Bass, Ed Rush will showcase his limitless styles to the Cubicles on Saturday night. One of the originators to bring back the dark sounds of drum and bass and push it to new levels, Ed Rush continues to make waves with each new release. After teaming up with Optical to create their label ‘Virus Recordings’, their eventual LP ‘Wormhole’ was released to critical underground success and is regarded as a genre classic. Again, one not to be missed at the Cubicles.

A.M.C is one of the most respected modern DJ’s, producers and label owners in the game. With his four deck sets regarded as some of the very best, you’d be foolish to miss this one. His development as an artist is just as classical to his rise as a DJ. Spending years understanding studio science, he never refuses to release anything until satisfied it can stand up against the best, leading to high profile releases such as ‘Thor’ and ‘Southpaw’, not to mention his huge remix of TC’s ‘Tap Ho’.

Up and coming DJ Kanine is gradually developing into the headline act he was tipped to be since entering scene. Supported by some of the biggest and most influential names in drum and bass helping force his sound into the mainstream, Kanine is recognised as one of the leading names in the new wave of Jump Up producers. This set is sure to be a fan favourite, see you at the stack.

Local promoters Nu:Motive will be making the short trip to the farm for a 3-hour takeover of the Cubicles! The DJ collective will be bringing nothing but the best in the DnB and underground music scene, we’re really excited to have the Hereford based collective hosting the Cubicles for 3 hours. Nozstock regular Octo Pi returns again this year showcasing his versatile DJ skills. We love having him back year on year, he’ll provide a set that’s guaranteed to tear down the barn.

Joining them we have Pastry Maker, Remidy MC, Phantom, Want more? Luckily for you we’ve created a playlist full of some of our favourite tracks from Cubicles artists this year.