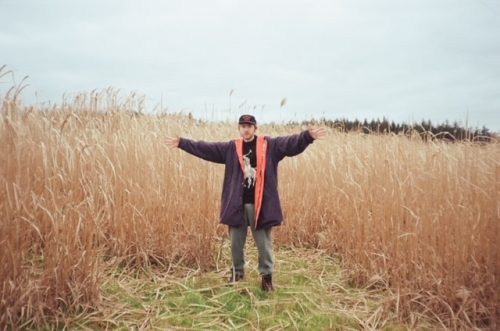 Lee Scott is one of the most respected and admired figures in UK rap. The influential, idiosyncratic rapper and producer has been cementing his cult-status in the scene since the early 2000s, whether on his 8 solo albums or in collaboration with other key figures such as Jehst, Dirty Dike, Jam Baxter, Black Josh and in his own groups Children of the Damned, Antiheroes, Mcabre Brothers and Cult Mountain. As well as focusing on his own output, he is art director, co-founder and co-owner of highly respected UK hip-hop label ‘Blah Records’ and he recently released his debut novel ‘Swan Songs’ which is partially inspired by his own experiences of becoming a rapper in his hometown of Runcorn and which has received praise from the legendary punk poet John Cooper Clarke. Lee has achieved an impressive amount in his career and we are proud to have him showcase his work right here on the farm.

You recently published your first novel ‘Swan Songs’ – how did writing a novel differ from writing bars/verse?

Greatly, they’re just completely different forms of writing. It’s like getting whoever wrote these questions to write a verse and asking them how it differs from writing questions.

You’re a prolific producer as well as a rapper – do you prefer one to the other?

No, I love both. When I don’t feel like doing one I do the other.

You’ve been around for a long time now, how has the UK Hip Hop scene changed from your perspective over the years?

I don’t subscribe to the concept of a scene, I feel like a scene generally lacks motion and has rules, even if they are unwritten. Plus, a UK Hip Hop scene doesn’t really exist in physical reality, maybe on the internet but I’m not a member of that forum if there is one. There are just UK Hip Hop artists doing their thing and I salute them all, even the s**t ones. I don’t want to be part of a club, except Blah Records. If I was to delete the word scene from that question and ask myself how UK Hip Hop has changed, from my perspective, I would say that first of all it depends on what you mean by UK Hip Hop and are you including what people now dub UK Rap? In a broader sense, nowadays, the idea of British people rapping isn’t as scoffed at by the general population as it was in the early noughties, that’s a big change. Until Dizzee Rascal and a couple of other Grime artists broke through, it was pretty much not a thing to the general population. There wasn’t exactly a household name etc. In my opinion, Dizzee and those guys are the reason British accents are more accepted now in a general, mainstream sense. I’d say the Grime scene was actually more of a scene, you can track the movement and go and see basically the bulk of the artists pretty much creating the shit from the start. For the most part, they all knew each other, or knew of each other, that’s a scene. Until them guys, where I was from, we generally didn’t even know about other rappers from the UK, it didn’t really break through to us like that. You had to really, really be in the know.
However, obviously when people who know enough to say “UK Hip Hop,” talk about UK Hip Hop, we all know what they mean and what they are referring to, and by that definition of UK Hip Hop, I’d say the biggest change is there generally seems to be more fans willing to part with their hard earned money. That and festivals. When I started out, I had never even considered doing a festival. Until High Focus Records, who I guess were more in-tune and familiar with that world, it generally wasn’t really a thing. At least that I knew about.

What was your best festival experience as a performer?

So far, probably ‘Boomtown’. I’ve done it twice now I think. First time I was invited to perform a solo show as part of a High Focus thing, that one, to me, was technically the best in terms of my personal performance. The second one was generally crazier for me in terms of achievement, as it was with the full Cult of The Damned, the vibe was insane, and the crowd were more there to specifically see us.

How did the lockdowns and restrictions during Covid affect your process?

I just got on with what I do. I have spent long periods of time cooked up in doors creating stuff, making music and what not, ignoring the world, so I was prepared. It of course quelled the ability to perform to an audience live, in the flesh and meant losing that income but overall I just kept busy as I always do. 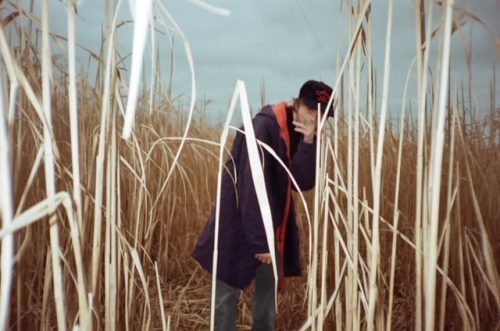