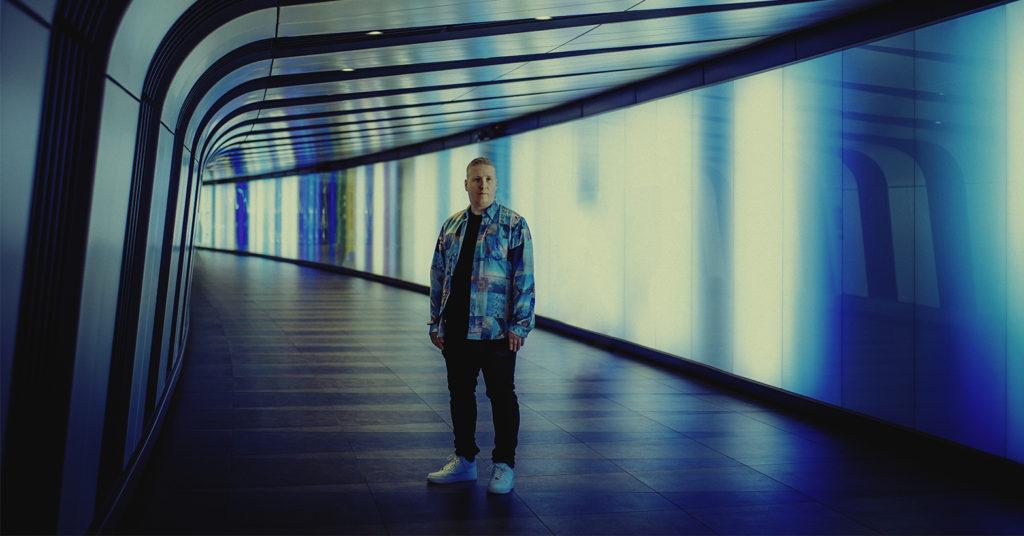 Ahead of 2019’s HUGE Hospitality Takeover, we sat down with Hospital Records stalwart, Drum & Bass heavyweight and one of the scene’s true greats, Danny Byrd. We discuss all things 2019, previous Nozstock performances, the release of Atomic Funk and memorable festival experiences.

1.) First of all, welcome back! You return to The Cubicles this year after your live set here at Noz in 2015. How would you say your music has changed from then to now?

Thank you for having me! I loved the show back in 2015. I remember finding out my grandad has passed away on the day of the gig so was a bit sad, but the gig really cheered me up and reminded me life is for living. Nozstock was such a unique vibe and the 2015 was a show I will always remember. I suppose my music has got a little bit funkier and sub bass led since those times, but always hard to say, I try and be as diverse as I can if possible.

2.) Last year was a pretty busy year for you, with the release of your fourth album ‘Atomic Funk’. What projects are you working on in 2019?

Well I still feel like I’m in Atomic Funk mode, that started in January 2018 when Annie Mac made “Devils Drop” hottest record in the world and I feel like it hasn’t stopped since then. Generally when you release an album, the real impact happens up to 6 months after, so I’m busier in 2019 touring than probably 2018. I have been working on new stuff in the studio, I have a remix of Ninja Man for the Jetstar project on Hospital coming in July which I’m excited for.

3.) You have been signed to Hospital Records from the very beginning! How has the DnB genre and it’s community evolved since you were signed nearly 20 years ago?

I feel that D&B is so much bigger now than it was then, it is has such a bigger audience. One thing that people like DJ Fresh & Sigma did is being on day time radio has made people grow up with the 174BPM template and made it feel less alien than it was. Hence more people then discover the more underground side of the music and it’s grown into this real big industry. Only you can tell me wether thats a good thing or bad, but on the whole a bigger audience is always good for any artist. Back in 2000 the liquid musical side of D&B was niche too, so that felt very exciting to be part of that at the time. Artists like Carlito & Addiction, High Contrast, Marcus Intalex (RIP) were really making some forward thinking music. Throughout the 2000’s that sound became much more popular, and also coincided with the rise of Hospital.

4.) On your latest album, you have collaborated with the likes of Maduk, I-Kay, Ownglow and more. Who would be your dream collaboration, alive or dead?

I was saying this on my Radio show the other day that someone like Anderson Paak would be amazing on a jungle track, or maybe even someone like Drake that would be mad. Drake loves the UK sound that it doesn’t seem as far fetched as you’d imagine. Personally, I wouldn’t like the responsibility of such a collaboration but I think Shy FX & Drake would be next level!

5.) Describe to us the minute before you walk on stage in 3 words.

6.) Are there any upcoming DnB artists we should be keeping an eye on in the next year?

I love what Nightshift is doing on Get Hype records, Love Mozey, he’s making some bangers… Actually there is so much great new talent I can’t keep up in all honesty!

7.) What’s the most memorable festival performance you’ve witnessed and why?

Maybe not a festival but Anderson Paak at the 02 Brixton last year was pretty nuts! He brought out Dr Dre and the place just exploded!

8.) Which song are you giving the most plays at the moment?

Fixate – Ripgroove bootleg is currently a sure fire reload! Plus Prototypes bootleg of Fisher – Losing it!

9.) Finally what three things can’t you live without at a festival?

To catch Danny Byrd at Nozstock 2019, make sure to be at The Cubicles on Friday Night for the HospitalityDNB takeover which also includes, Kings of the Rollers, @Keeno, Unglued, Inja & Carasel.