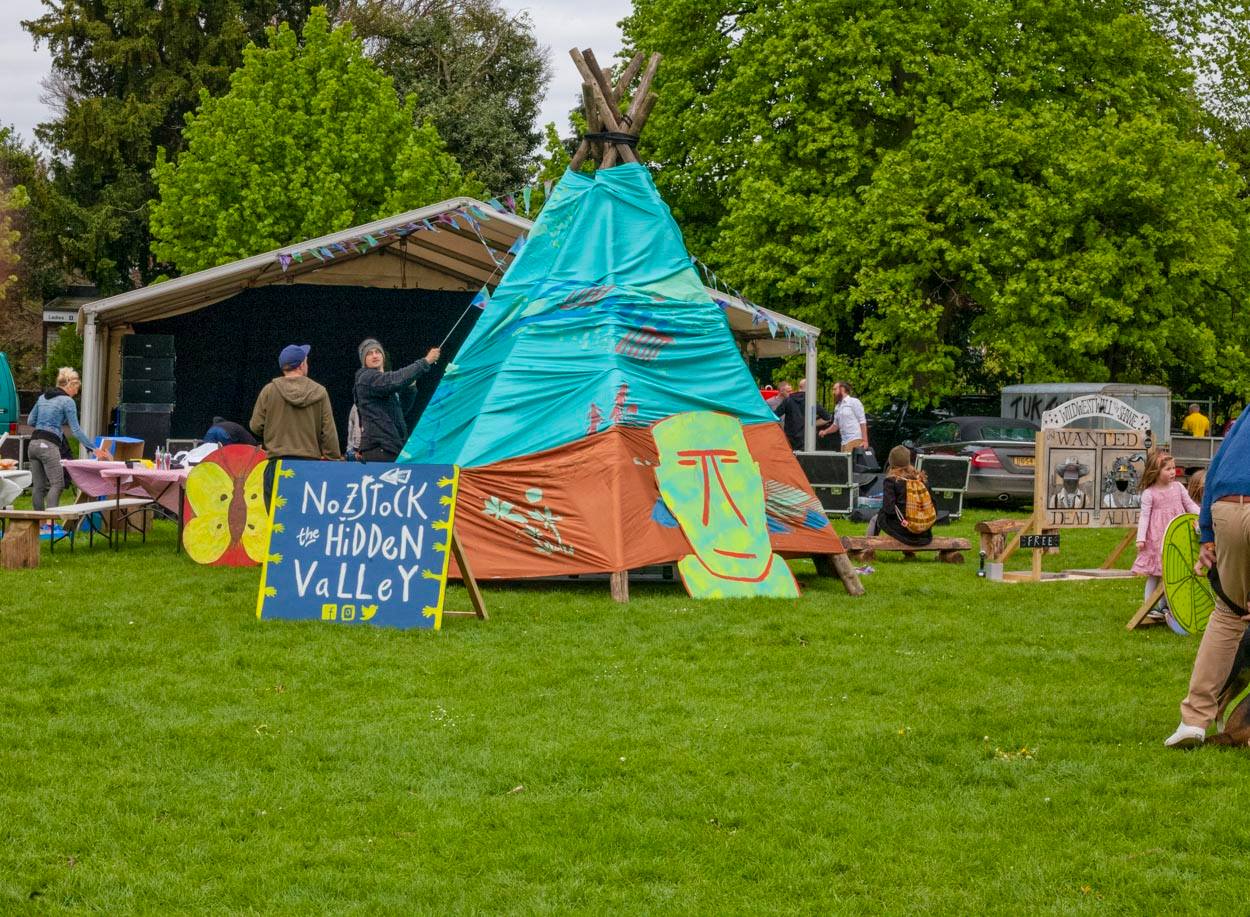 It’s at this point in the year we can feel Summer in our bones… That’s right it’s Hereford River Carnival time! Catch Nozstock taking over once again this year on our very own stage.

The Carnival is a day of fun for everyone, celebrating the beauty and vitality of the River Wye and the life that it brings to the city of Hereford.

The River Carnival is run entirely by volunteers and has welcomed more than 12 000 people since it’s relaunch in 2014. Over 130 local groups are involved showcasing what us Herefordians do best. It is an amazing day of fun for the family. Expect a street carnival, amazing puppet creation, food village, the H.Energy green village, drinks, stalls, children’s activities, floats and of course, some incredible music!

So if you need your Nozstock fix then come on down and get a taste of what to expect in The Hidden Valley this year. Our 2018 line-up below…

The Stiff Joints  are an 11-piece ‘Ska Army’ from the West Midlands bringing an an infectious brand of two-tone ska that makes it impossible to sit still to.

Performing as a three piece or by bringing in other musicians for larger shows, Capas’ style is diverse and flexible with solid grooves to get your feet moving and haunting melodies to captivate your soul.

Kidderminster based singer-songwriter Teddy Matthews started to turn heads last year with a couple of his releases getting airplay on BBC Introducing (Hereford & Worcester and West Midlands) and BBC 6 Music on the  Tom Robinson Show. Since then Teddy has put together a five-piece band and performed at a number of festivals, whilst still taking in solo acoustic sets along the way.

Bringing their upbeat mix of worldly rhythms, including  African, Latin and Caribbean, Drumlove are professional players, teachers and makers of drums from all across the globe.  ‘Promoting unity through rhythm since 1996’.

Worcestershire based Kris Rolfe bringing his original mix of acoustic soul with blues influences. His powerful yet distinctly smooth voice, melodic choruses and articulate rhythmical guitar blends with well thought out lyrics to provide a varied and soulful performance.