Get your rural warm-up at our favourite local nightclub, the Jailhouse, Hereford, May 27th. Nozstock will be staging a takeover of the Jailhouse and bringing a taster of all that intriguing music and performance you get to enjoy at the festival.

Joining us on this next stint are pioneers of the live dubstep scene, the mighty JAZZSTEPPA. Blending a creative mix of live trombone, drums, MC and ear twisting effects, these European favourites will drive you to sonic pleasure. This live dubstep collective comprises of BaRbz and ShMuel and are based out of Berlin and London. They were the first outfit to release and play live dubstep with acoustic instruments and are renowned for their live shows! They’ve received national radio play on Radio 1 by the likes of Giles Peterson, Huw Stephens and Rob Da Bank and boast collaborations with artists such as Foreign Beggars, Borgore, Gettho Priest and Benjamin Zephaniah.

Support again comes from Renegade Hardware new boys AMOSS and some of the best that the South West has to offer, including Nozstock’s very own  DEX, SCOPE and TENZ, and Hereford home grown talent in the form of AAJA, LARSEY and NOTION and not forgetting one of the South West’s biggest hosts MC REMIDY. The second instalment of the Nozstock Launch Parties is clearly not to be missed. 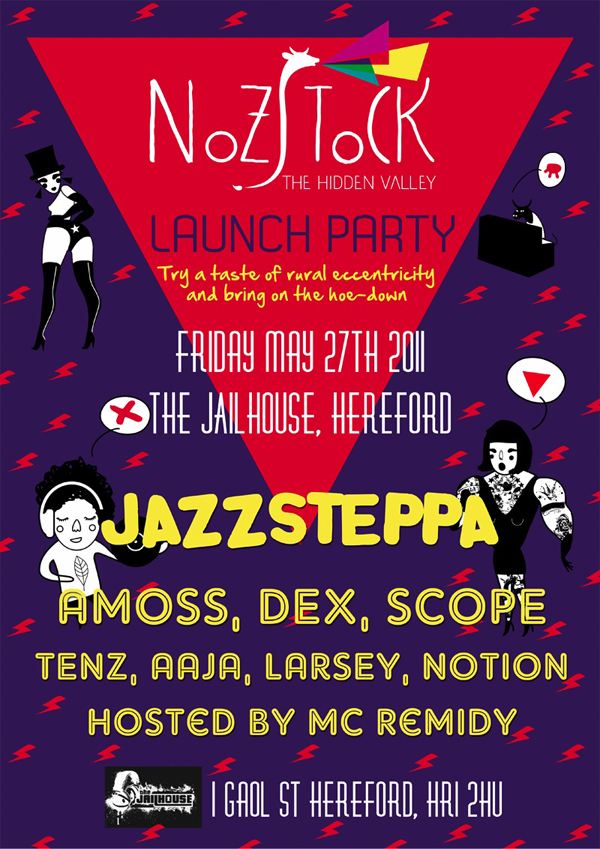