“Nozstock just happens to be in my favourite part of the world and happens to be one of my favourite festivals in the world, which is run by the nicest people. Unpretentious, full of love and with the best stages ever. I love playing The Cubicles, from the outside it’s a massive cow shed, inside it’s a massive cow shed jam packed with carefree ravers going totally bonkers. It’s one of those gigs where you take one look at the decks and one at the crowd and you simply can’t wait to get started. Then Noz himself wanders up with a bottle of bubbly, you know this is a real family occasion. Long may nozstock rule.” – Tony Colman, London Elektricity.

It’s no secret that over the past few years our converted cowsheds have been rammed to the rafters full of you Nozzers, rattling the walls to their very core. The Cubicles have been run by our own avid drum ‘n’ bass residents, Dex, Octo-pi and Koncept ever since the festival got a license, and it’s due to their love for the music that this, one of our most popular dance arenas, was born.

Each year our music moguls carefully craft and finetune you a line-up guaranteed to send bass into your soul and shivers up your spine. This year The Cubicles boasts a billing chocful with cream of the crop artists from the international d’n’b circuit alongside local and emerging talent. Our boys have done good and we’re sure you’ll think so too. Over the weekend we have some select bookings from RAM Records a takeover from 15 years of Critical, plus a DJ Mag presents ‘The Bunker’ takeover in the form of an Uncle Dugs + Billy Daniel Bunter showcase. 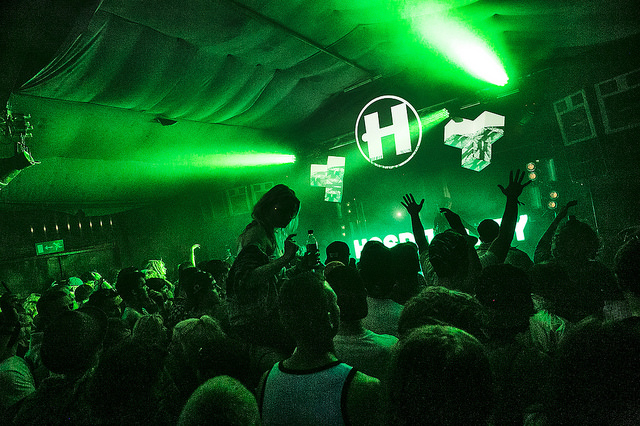 First up to grace the decks are Delta Heavy, described as “forward-thinking, impact-based electronic music with a twist to the next level.” In 2010 the duo joined Andy C’s leading drum ‘n’ bass label, ‘RAM’, and although they might be relative newbies, Delta Heavy have definitely proved their salt. Recently nominated for ‘Best Producer’ and ‘Best Newcomer DJ’ at the Drum and Bass Awards, Simon and Ben have come along way since meeting at University in 2003. Their latest release, ‘Kaleidoscope’, was eagerly anticipated by fans and it’s welcomed reception proves the musical production of this duo holds no bounds.

Next up on the 1s and 2s  is Loadstar. Hailing from Bristol, Gavin and Nick really are at the helm of the drum ‘n’ bass world – just take a look at their calendar! With their second studio album, ‘I Need The Night’, due for imminent release, this pair continue to delve deeper into the dance, and plan to take you with them. Trust us, few things say ‘next level’ like a live show of Loadstar proportions…

Three is the magic number, which meant it was only fair to squeeze in one more RAM duo for ya! *drumroll please* Mind Vortex started out, in 2003, after six years of honing their trade, Laurie and Stefan began to ring through their wish list of labels. RAM was top of the list, so they picked up the phone. The rest is drum ‘n’ bass history…. Their debut single ‘Hotbox’ followed, and with fans including Mistajam, Grooverider and DJ Hype, the duo have quickly cemented themselves as hot property. Completing the RAM billing we have Frankee. Like a younger brother to our duos but equally talented, he recently won ‘Best Newcomer and Producer’ at the Drum & Bass Awards 2014 and is an artist that continues to smash up dancefloors and charts worldwide. 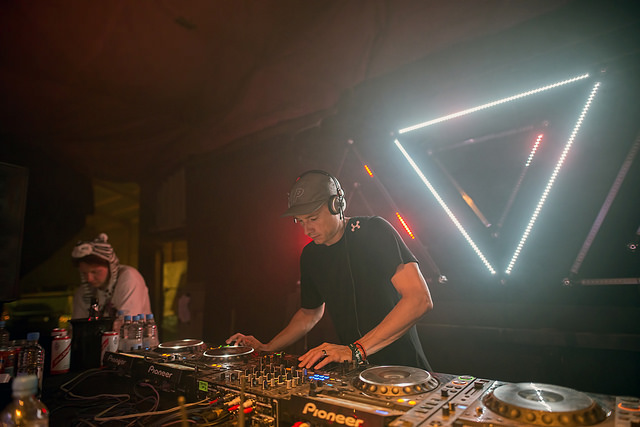 With the focus on organic growth and culture at Nozstock, we thought it was about time we asked our friends at Critical Music to pay us a visit. They’re a label close to our hearts who have laid some of the later foundations of the drum ‘n’ bass scene and given a platform to the industry’s most prolific artists. Now with 15 years in the game the crew are coming down to celebrate Nozstock style with a takeover headlined by Break, pioneer of Symmetry Recordings, and a firm favourite amongst the industry. In 2014 and 2016, Break topped Beatport’s Drum & Bass download chart, and later that year released his truly iconic LP,  “10 years of of Symmetry.” Next in line are Ivy Lab, so dust off your raving shoes and be upstanding. His trio continue to push the boundaries of drum ‘n’ bass after being voted one of the ‘Top 10 DJ’s of 2015’ by MixMag and after their recent E.P.  “Peninsula” gaining over 300K plays in 14 days.

Keep um coming you say? Bristol based producer, Foreign Concept took to the turntables in 2004 and will be bringing his truly signature blends to The Cubicles this year. He has firmly established himself on the DJ map with a worldwide DJ schedule and residencies in many popular night spots. (We’re almost done, promise.) It wouldn’t be fair to invite Critical Music down and leave Kasra behind. Curator, DJ, head honcho, top-cat, bossman, Kasra, founded Critical Music back in 2003. His vision and determination is second-to-none and he’s played a vital role in the drum ‘n’ bass movement over the past 15 years. In 2012 Kasra was asked to mix the latest Fabric Live album which resulted in FabricLive 62 being one of the most successful drum ‘n’ bass mix albums of the year. The Critical Music flag will no doubt be flying high for many more years, so come and celebrate with them at Nozstock 2017.

We told you it was a corker! DJ Mag’s ‘The Bunker’ will oversee a showcase brought by Uncle Dugs and Billy ‘Daniel’ Bunter, old skool veterans of d’n’b, who’ve seen all the genre’s many mutations. They come at their sets with all the knowledge and skill required from years on the scene, so expect a rousing mix of anthems, and proper knees-up party-level d’n’b activity.

One of our favourite residents Octo-Pi, a true trojan among the turntablists will be weaving a journey through jump up, deep and dark, and dropping some of his own fresh bangers in there too.
We advise you grab yourself a disco nap, cover yourself in glitter and douse yourself in deodorant because things are gonna get dirty!

To see the full Cubicles line up in all it’s glory click here.