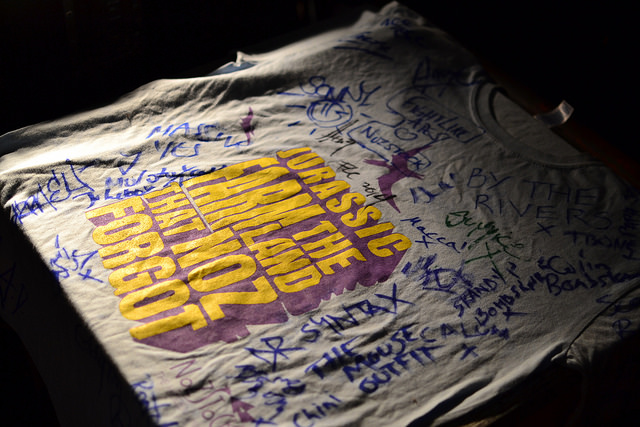 Fancy winning a t shirt signed by some of the Nozstock performers including Roots Manuva, Eddy Temple Morris, Andy C and Dense and Pika? We thought so…

Send us your best picture to @nozstock on twitter using #thejurassicfarm

The one we deem the most fun will win the goodies! Feel free to caption it or explain why it deserves the prize.

Entries no later than August 1oth.

We’ll even throw in a genuine Nozstock mud stain for free!