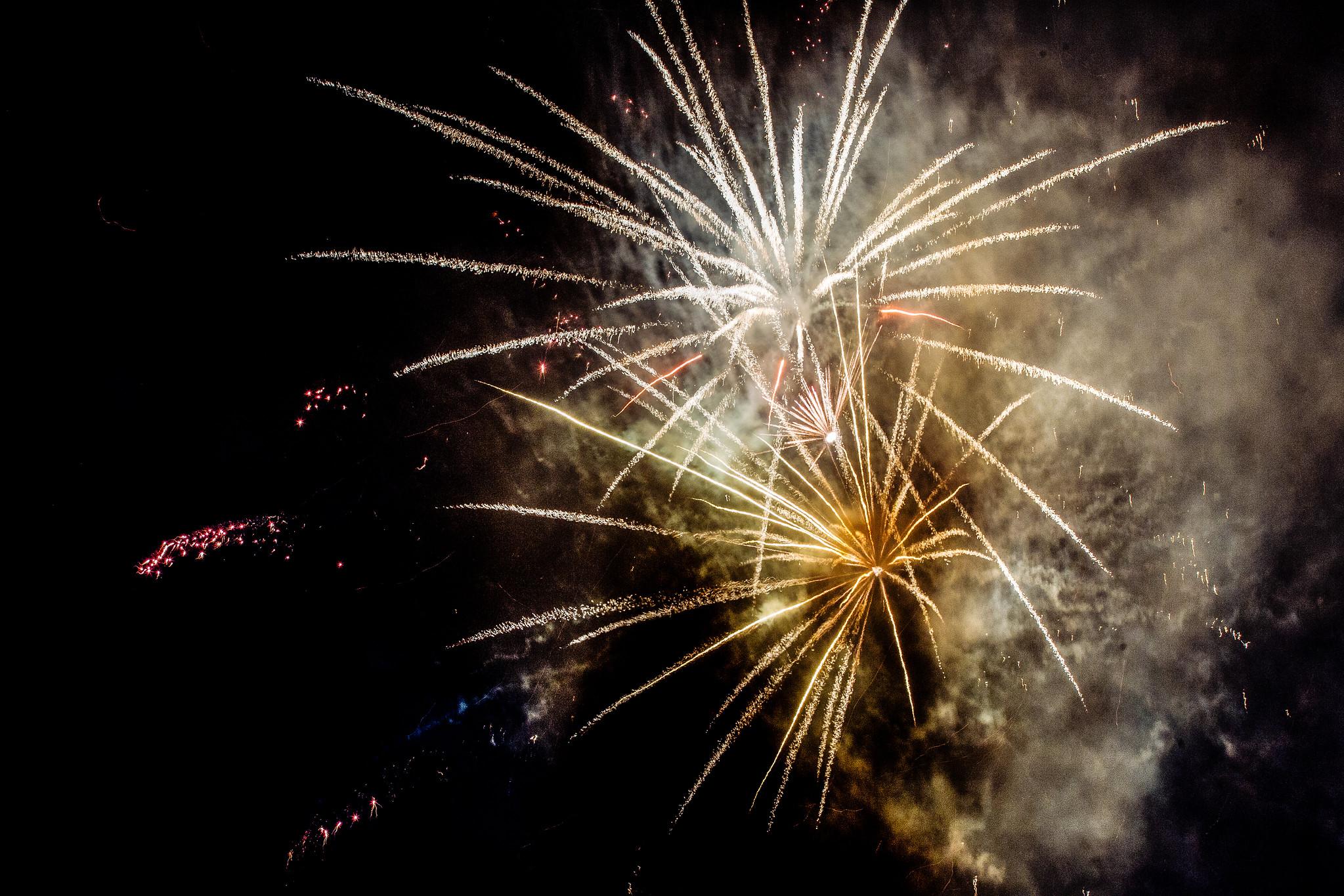 The Ten Most Memorable Moments of the Last Noz Decade…

There’s no doubt that being part of a festival family is a rollercoaster ride. There’s been some long shifts and baffling spreadsheets alongside special friendships and unforgettable antics. As this decade comes to a close and we welcome in 2020 we are all feeling nostalgic and have been reminiscing on the last ten years of farm life and some of the moments that have made it absolutely unforgettable…

1. Jurassic 5’s secret set in The Cabinet of Lost Secrets

Hooked on the vibes, our 2016 Saturday night headliners, Jurassic 5 joined in with festival farm frolics, sampling the local cuisine and being schooled in the prestigious art of Having A Good Time. Were you there for the sneaky surprise gig in The Cabinet of Lost Secrets? A little thank-you from the festival gods to one of the friendliest and fun-lovingest bunch of revellers we’ve ever hosted on the farm.

2. Bacon The Bull heading up security

We couldn’t quite believe what we were hearing…two would-be fence jumpers had been chased up a tree by our resident bovine and were now marooned in the middle of a field. So desperate was their situation they actually called the police on themselves for rescue. The local police called Noz to go and help the hapless pair…but not before we had a few chuckles at their expense and put this one down in Nozstock history…

Fireworks, sunshine and some of the biggest names to grace the farm yet. Definitely not a bad way to celebrate our 20th birthday. It felt amazing to reach such a milestone and have so many people come celebrate with us. It was a weekend of Nozstalgia, naughtiness, but most of all big heart and we’ll never, ever forget it.

When Wu Tang Clan cancelled the rest of their European tour back in 2015 and we found out they would no longer be playing the festival it was one of those moments when your stomach drops through the floor and you run to the nearest W.C. Little did we know that when De La Soul stepped in with just days to go it would be one of the most memorable, rump-shaking sets The Orchard Stage would ever host.

Those lucky enough to be front and centre for Foreign Beggars Garden Stage set in 2011 got involved in one of the most epic parties we’ve ever seen on the farm.  They split the crowd in two and it was war. That set was bass-heavy and hard – just how we like it.

Ok, so we are cheating a bit here, this is more than one moment but how are we supposed to pick just one time our hard work and efforts were acknowledged and the festival receives an award? It’s a leap out of your chair and holler at the screen type of moment and we couldn’t pick just one. From being commended by A Greener Festival, being lauded for our accessibility efforts by Attitude Is Everything or having our closing fire show be named the most mind-blowing spectacle of the 2017 festival season, each award holds a special place on the Nozstock shelf. 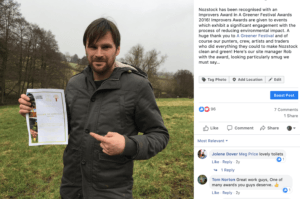 Who could forget the year that one of our chickens decided to take up residence in The Bullpen and trolled Nozstockers like only a chicken knows how. She spit a few bars with the High Focus crew, insisted on harassing headliners in their dressing room, terrorised the theatre staff, but most of all remained very unimpressed by what we were serving up. Who knew that by refusing to return to her coop she had a plan to cement her place as the world’s only hip-hop chicken? 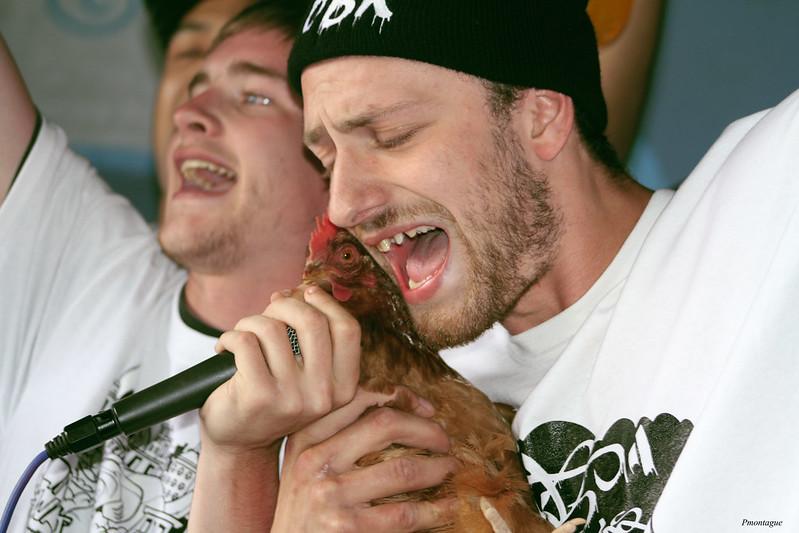 Billed as a ‘super special guest,’ West Country Wonky-eyed Wonder Russell Howard got crowds roaring at Nozstock 2010… and he loved it naming it: “a rural slice of English eccentricity”  His surprise appearance was met with delight by the crowd and a huge welcome as he launched into his trade mark quirky observations on life, love and politics. 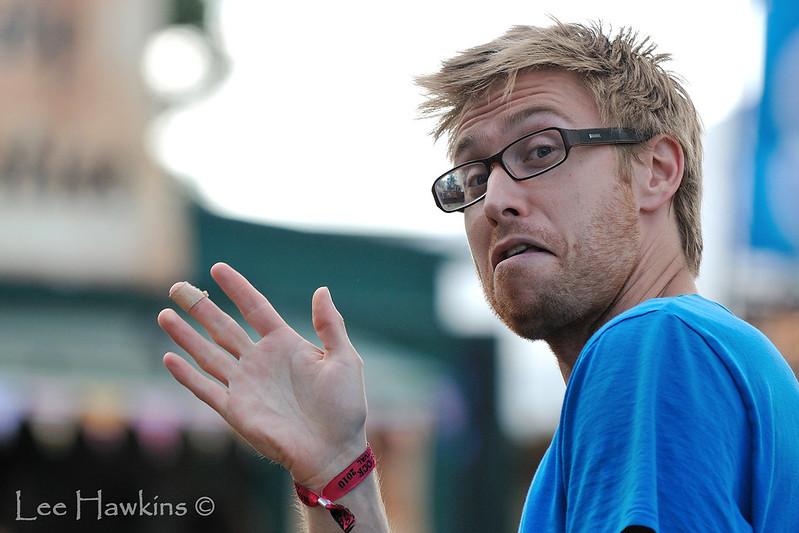 There’s lots we will never forget from the last Noz decade, but the sight of Phil Jupitus performing in his pyjamas is definitely burned onto our retinas. After a blistering greatest hits set fronting the legendary Blockheads he named Nozstock “the best festival of its size in the UK” before making close personal friends with The Bandstand sofas. Well played Phill, well played.

As we waited excitedly for our Cubicles headliner arrival we were also getting a little concerned – he was quite late. Turns out he had underestimated just how rural the event was and had run out of petrol a few miles from the site. He was forced to knock on the door of our local G.P who offered him a can of lawn mower petrol. Much to the absolute delight of the teenager in the house – he was desperate to see Andy C but hadn’t been able to buy a ticket. Andy C bought him up to the festival on his guest list and made his day as this story went straight into Nozstock lore.

So there you have it. Thank you for your support over the last 10 years and making these memories possible. You are the most superb bunch of festivalites we ever could ask for.

We’d love to hear you best Nozstock moments of the last ten years. Tweet us your stories @nozstock and we’ll share some of our favourites…