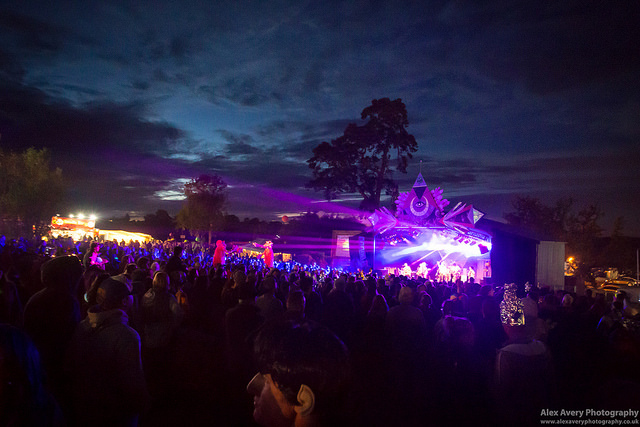 Oi Oi! It’s your lovable farm crew and we’re here to offer you some solace in this time of political madness.

Yes, on top of our already FIRE line up we’ve got a few extra treats to keep you burning. Blues rock slayers Wille and the Bandits return to the fields – “Edwards’ powerfully ranging voice can come carrying either a sledgehammer or a spoonful of honey.” (theupcoming)  – whilst Estrons bring their ferocious indie sound to The Orchard Stage. We’ve snagged cult hero Peter Bruntnell, credited as “one of the finest songwriters in Britain” (The Independent), and multi-instrumentalist Jaz DeLorean will wow audiences with his piano, accordion and trombone. Echo Town will get down with their djembe, didgeridoo and harmonica whilst The White Feather Collective smash through high-energy performances and the Smokin’ Durrys have got raw dynamism to fuel the heady Noz audience.

For all you insomniac, night-time fiends we’ve garnished our electronica feast with Natty Speaks, the irrepressible hip hop entertainer – versatile, gifted and outspoken. Audio-visual prodigy DJ Cheeba has quickly made a name for himself with his ingenious live video projections, and promises to provide some sensory delight in the Garden. New for 2016 we’re keeping the good vibes flowing through the night at the Orchard Bar with resident DJ Dex, celebrating his 15th year at the festival by busting out the after hours party tunes! Dex is the Noz crew’s party DJ of choice so expect funk, soul and disco, ‘80s & ‘90s, obscure covers and remixes, festival anthems and all sorts in between as he plays extended sets on both Friday and Saturday nights.

Over in The Dingle Velveteen Valley have announced the cream of the cheekiest burlesque talent including Indira Skyflower and Doe Demure whilst at The Bantam of The Opera we have a plethora of poetry, comedy and song from the likes of Jiggery Spokery and Tinderbox Creations alongside some thought provoking dramatic pieces including the amazing Vagina Monologues making a welcome Nozstock debut. If belly laughs are what you’re looking for than Laughing Stock is the place for you – we’ve added Bob Slayer, Tom Parry and Ben Target to the bill. For those who like their entertainment wonderfully weird then be sure to visit our Psychonauts – This team of professional psycho-surgeons will be administering an audio visual assault of delirium and delights for those in need of a little light relief.