Thank you for joining us for Nozstock @HOME!

We here at Nozstock adore nothing more than sharing good music, and, despite all the madness that’s been going on around us this summer, we were so grateful to be able to share with you some of the finest acts out there, in a virtual capacity! Thanks to everyone who abandoned their worries about the unreliable British weather, the whereabouts of their camping chairs, and only having a warm can on the go…. to join us for sounds of Nozstock beamed straight into living rooms and gardens around the country!

A couple of musical highlights for you here, that we’re really proud to have been able to bring you last Saturday 25th! 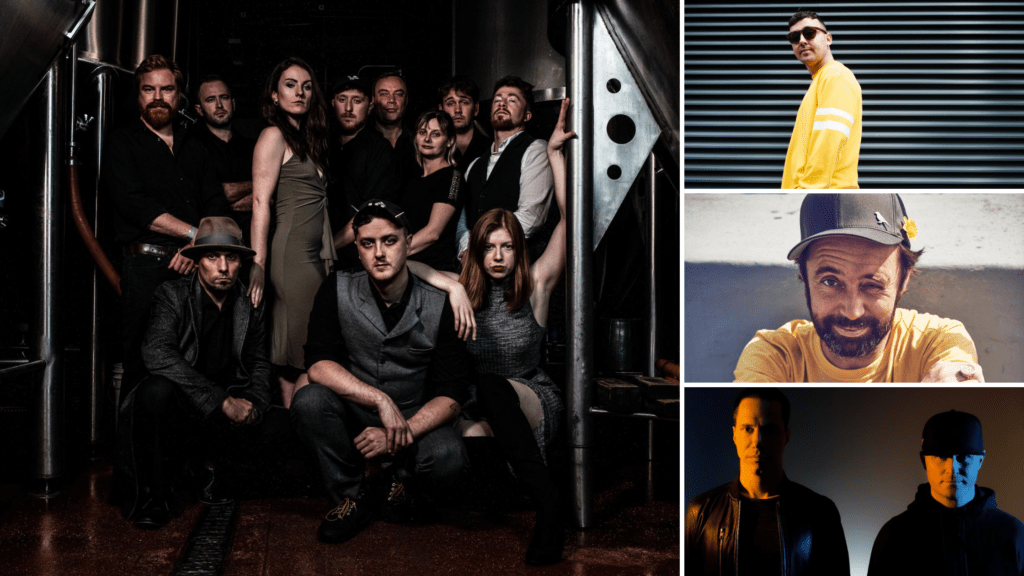 Joining us on our virtual voyage into the the very best in festival sounds were technical wizards Calyx and Teebee. Fast, furious and high quality, this was a standout moment in our schedule and we were honoured to be joined by this fierce pair! The duo joined forces more than fifteen years ago and have released together on a host of top labels such as Ram Records. Originally poster-boys for the powerhouse style of drum and bass, balancing beefed-up basslines with nimble rhythm, they have gone on to tap into the more accessible style with seminal tracks such as ‘Elevate This Sound’ and ‘Skank.’ Strictly the finest in intelligent, techy, deep and dark drum and bass, showcasing the genre’s past, present and future! Catch the re-run here.

Undoubtedly a British festival favourite, we were delighted to welcome Nozstock regular Beans on Toast to our virtual stage! The well-loved, extremely talented singer, with the captivating personality to match, is known for his blend of hard-hitting, eye-opening political messages and strikingly intimate personal touches. His warm, humorous manner always builds personal connections with his audiences, making him one of the most immersive performers to grace a festival stage. His work sees him touch on issues from inflation to the current global plastic issue, articulating everyone’s concerns with a passionate, everyman approach. He didn’t fail in bringing his energy and infectious charm, and his love and support of festivals was evident. Thanks Beans! Catch the re-run here.

London Elektricity’s contributions to drum and bass run deep! His Hospital Records label has become one of the biggest brands in dance music, with its commitment to constantly finding the freshest big room anthems and hosting events from London to Tisno, constantly captivating new audiences and showcasing the very best the underground scene has to offer! His own sound has evolved just like his beloved imprint; originally a purveyor of jazzy, left field sonics, he was soon influential in the development of liquid funk. With soirees into power-basslined, superclub drum and bass, he has more recently returned to experimenting with live instrumentation with his crisp production transferring into work with a full big band. The king pin blessed us with his presence on Saturday 25th for a sublime DJ set showcasing his unique and immersive drum and bass style! Catch the re-run here Pt 1 & Pt 2.

Blending the glamour of the big band with modern day dance music, this extremely original collective joined us on the farm for an amazing live performance a few week’s back, and took us on a stellar journey… With a mixture of explosive bass, brass and bars, their sound is a swirl of high energy, heavy beats and tight, quick-witted lyricism. With a diverse sound like nothing you’ve heard before, they incorporate everything from drum and bass and grime to dub and jazz….whatever you like, they have you covered. Dutty Moonshine’s sound puts you in the sweaty corner of a ’90s warehouse rave one minute, and the glitz and glamour of a ’30s Gatsby party the next. One thing that’s guaranteed, they sure got us dancing at the Bandstand and we caught wind of the rest of your jigging in your living rooms! Catch the re-run here.

No summer is complete without the soothing tones of Gardna to guide you through, so we couldn’t set up this day without hitting him up to bring the vibes! The Bristolian vocalist has been on a rapid, upwards trajectory since he came onto our radar with his good times’ anthem ‘Sunday.’ One of the scene’s hardest workers, (and most likeable as well!) he’s linked up with the likes of Gentleman’s Dub Club, Eva Lazarus and Inja, and drawn support from genre heavyweights such as David Rodigan. With lyrical content ranging from the socially observant to the whimsically witty, his debut album ‘Good Time Not a Long Time’ was released last year, snowballing him towards some well-deserved acclaim. Whatever beat he tackles, he always delivers some positive energies for us! We were so lucky that he was happy to come to site and record a set down in the Dingly Dell with his compadre Asbo Disco. Catch the re-run here.

So, all that’s left to say is a massive thank you to all of the talent for sharing their incredible skills, the crew for putting together a very different kind of Nozstock than we’re used to, and to all you amazing fans – the community that give us the will to keep bringing Nozstock back year after year.

If you want to catch up, rewatch your fave bits, share with a friend, or donate at this later date, you can find everything you need here.