20 reasons to celebrate with us at our 20th anniversary…

To celebrate our 20th anniversary we want you to read these 20 reasons why you need to come and celebrate with us here on the farm.

We reckon that after 20 years in the game, and with the festival leaving its teenage years, we’ve got a pretty good handle on how to throw a scorcher of a party. But who are we to make such bold statements? You’ll have to come and make up your own mind. And who doesn’t love a good old anniversary knees up?!

Everything you see at Noz is meticulously handcrafted and painted by our fabby decor team. They really go the extra mile to make the Hidden Valley the immersive experience that it is.

3. 10 stages across a beautiful working farm

Scattered across the valley are 10 stages who make the farm their home over the weekend. We’re actually a cow farm you know. That field you rest up in after a long night of boogying? That’s the field that the cows rest up in after similarly long nights of moogying.

Father and daughter super duo Noz and Ella continue to curate one of the UK’s longest running festivals. Thank you Noz’s!

Nozstock truly is a festival for dabblers. We think the experience of the weekend by no means should be limited to just music. That’s why we put on a plethora of arty treats for you to stumble across. From crafts to performance art, film to theatre and cabaret, there’s no chance you’ll be bored.

6. Artisanal food and drink from across the region to feed the legion

Just because you’re cotching in a field doesn’t mean you have to sacrifice eating good food. That tin of baked beans looking pretty unsatisfying? That glorious sunshine giving you a hankering for homemade ice cream? Have no fear. The food stalls are here.

Time and time again we’re upheld for our ‘garden party’ vibes across site. The farm crackles with an electric sense of intimacy and strong collective happiness.

8. The music genres? Completed them mate!

There’s no denying that when it comes to music , we’ve got something for everyone. Whether it’s a much anticipated favorite or the momentous discovery of a future fave. Follow the vibrations whereever they may take you.

We always thought that as individuals we were spectacular, but we never thought we would be awarded for our collective spectacularness. Nozstock, The Hidden Valley is OFFICIALLY the winner of the Mind Blowing Spectacle Award, along with our Greener Festival Award and Outstanding Attitude Award. That’s not even mentioning the fact that we were nominated for more awards than any other festival in 2016! If the judges say it, it must be true.

Strictly speaking, our festy is ONLY for kids, only some are bigger than others… Little Wonderland provides a sanctum of veritable treats and entertainments for your young ones, giving you the chance to have a wee tipple.

Unless you’ve been living under a rock for the past 20 years, you’ll already be of the hypest hype for these kings of collabs. We’ve pulled out all the stops this year with this blinder of a headliner. They were smashing then, they’re smashing now. With whomping basslines and instant dnb classics spanning over the last decade, we present to you ladies and gentlemen; Chase and Status.

You can’t really get more idyllic than the Hidden Valley. Nestled deep in the rolling countryside of Herefordshire, we’ve got views for days and plenty of fresh are for that recoup and rejuvenation. Don’t miss the sunrise/set either!

From dawn till dusk, and dusk till dawn. It goes on an on and on on on, the beat won’t stop until the break of dawn.

We have many surprise and unexpected guests materialising on the farm over the weekend, so keep ya peepers peeled! Including but not limited to escaped chickens.

Not to sound ultra hipster, but we’ve been on that eco-warrior tip for a loooong time. Support the festival, support the planet. Check out our Green Initiatives page for more info on all the awesome green eggs and ham going on at the festival.

If we do say so ourselves, our punters are ultimately the best. With a massive range of delightful and interesting characters, your presence and smiles are are sure fire winner to making life-long friends and making the festival the best environment for a good old jolly.

From dinosaurs to the wild west we’ve had it all. Our annual theme is decided over many carefully heated meetings in the local pub. It’s always such a tough task for us to decide as a family what the yearly theme should be. After careful considration 2018’s theme is Nozstalgia. We’re celebrating all things from yesteryear, the things you hold dear, loved or still love? Dig out your gameboys, dust off those furbies…We wanna see Scooby-Doo, Pokemon and if there’s not an Inspector Gadget walking around site, we’ll be very disappointed… Nanananana! Where ever in the time-space-nostalgia continuum you choose to get off, we have faith that you’re going to look and feel radical. Double denim, neon rave, acid-house, ra-ra skirts and MC Hammer pants… You remember something you loved? You got your outfit. Excellent.

Us Nozstockers love a good laugh and we’ve had some great comedians down on the farm in the past few years including: Russell Howard, Henning Wehn, Phill Kay, Ivan Brackenbury, Ian D Montford and many more. 2018 see’s us joined by American comedian Reginald D. Hunter and we can’t wait!

2017’s new area and the stomping ground for all things house and techno by night & reggae & jungle by day needs to be seen to be believed.

Shortlisted for the AIF Festival Award ‘Most Unique Arena 2015’, The Cabinet of Lost Secrets returns for a fourth slice of weirdness at Nozstock the Hidden Valley, bringing you surprises and dancing in this strange, multi-roomed underground lair! Expect the unexpected with immersive performance and pop up experiences, get properly ‘funked up’ with live funk & soul grooves, upbeat world rhythms and a touch of cutting-edge electronica, complimented by our dj funksters. And remember to keep an eye out for the secrets…… 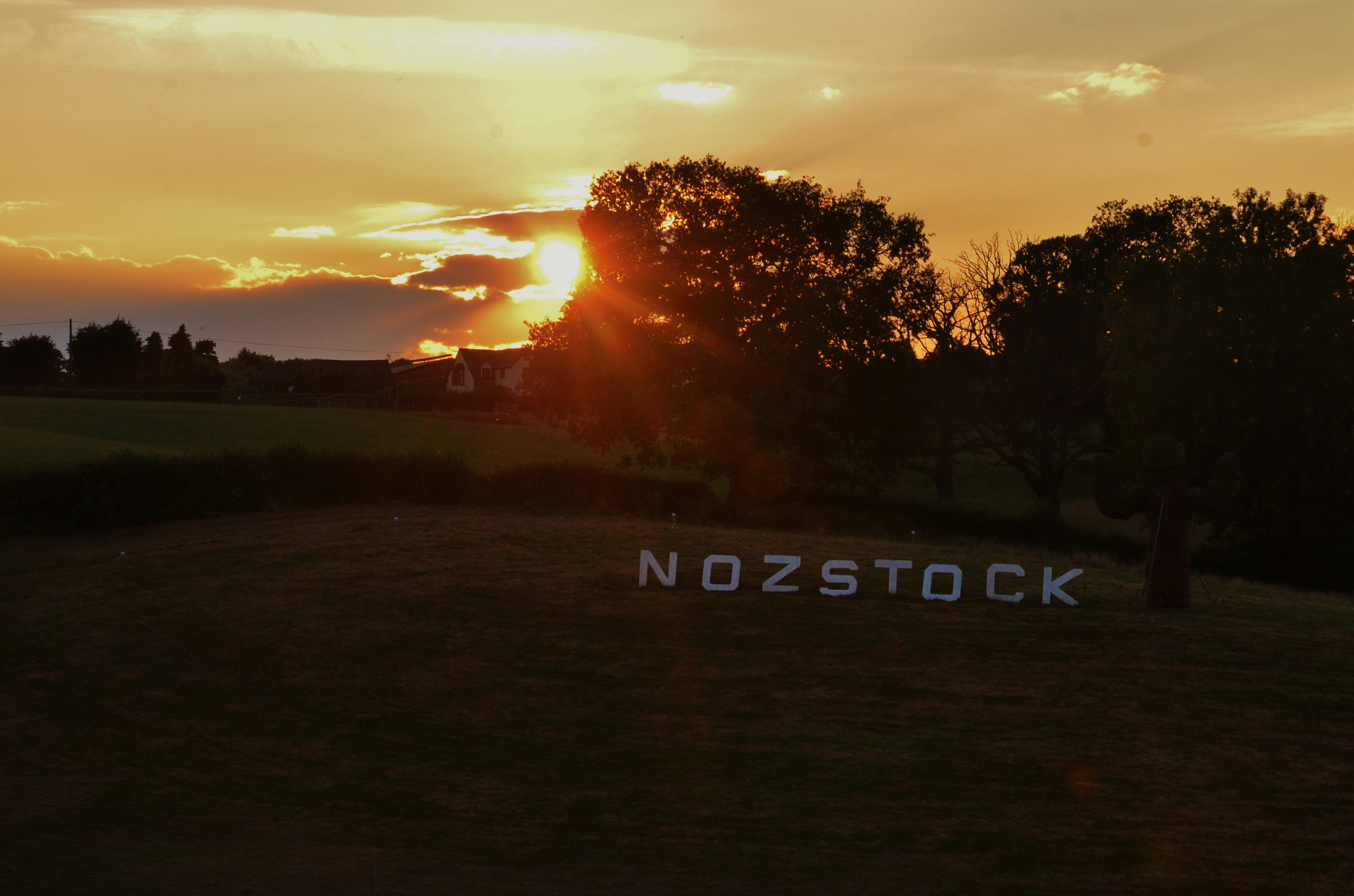