All things shiny and new for Noz 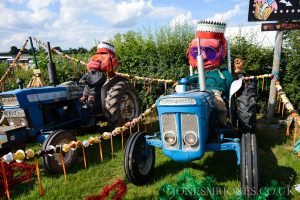 This year at Nozstock we’ve added more new and exciting things than you can shake a tent pole at and we’re very excited for you to see them. New stage, new sounds, new… ginger protectant? So much more to see and do at Noz 2017 but we promise we haven’t strayed too far from our humble farm roots.

Our newest addition to Noz, the Elephant’s Grave, will take us to a massive eleven stages for 2017 and is sure to be a hit for all you party animals out there. The brand new stage was grandly dubbed after the team learnt of the mysterious happenings on the farm in the early 70’s. During the Second World War the owner of Chapman’s Circus moved to Bromyard… along with her curious cast of creatures. Legends speak of exotic beasts parading through Bromyard’s high street – elephants, tigers, even the occasional milk man as well. Sadly, as time passed many four-legged members of Chapman’s cast were laid to rest around the farm. The remains of one elephant were found near the top gate, however, nobody knows where the rest of the animals were buried. Could they be right underneath where you’re dancing this Nozstock? Although it’s unlikely you’ll stumble upon any skeletons in the Elephant’s Grave, what you’ll definitely find is everything Dub and Reggae by day and by night House and Techno to tear the barnyard roof off. For you reggae lovers we’ve got Ital Sounds pulsing out the rocksteady rhythms, for the house fiends amongst you we welcome Bristol based ‘From Berlin With Love‘ to host Friday night and Saturday sees Fatboy Slim’s favourite, Sonny Wharton take the stage with ‘Forte‘.

Things will be swingin’ at the Bandstand in 2017 as we slide into our newest area – the Bluejay Jazz Lounge. Think back to the unforgettable times of Billie Holiday and Louis Armstrong with a classic Noz-esk twist. Bluejay’s is set to host a smokin’, rhythmic fusion of all things jazz led by the sweet, sweet sounds of Remi Harris. Remi Harris is an exciting young guitarist whose unique style draws inspiration from Gypsy Swing, Jazz, Blues, Rock, Heavy Metal, Electronic and World Music. He has toured worldwide as well as performing at Buckingham Palace, Montreal Jazz Festival, BBC Proms at the Royal Albert Hall with Jamie Cullum, on BBC 4 Television and live on BBC Radio 2 and BBC Radio 3. Primarily self-taught with the help of his Dad’s guitar magazines and records, Remi started playing at the age of 7, initially inspired by rock and blues guitarists of the 60s and 70s such as Jimi Hendrix and Jimmy Page. In his late teens he developed an interest in jazz music, in particular, artists such as Django Reinhardt, Wes Montgomery and Stan Getz. Since then he has been growing a reputation for blending all of his influences into his own individual style of playing. Only 29, Remi already has a string of awards and chart success under his belt, plus endorsements from some of the biggest and best in the industry. We’re sure Remi will hit the right cord for quite a few of you cool cats so if you’re diggin’ some jazzy tunes we say “Hit the road Jack!” and check out the Bluejay Jazz Lounge! 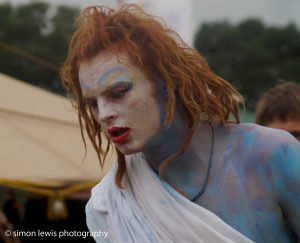 Calling all Gingers! This year for Nozstock we’re inviting you to join your fellow pasty complexioned pals to gather for a bit of fun, laughter and plenty of sunscreen. Created by gingers, for gingers, You’ve Been Prangoed is being revived for Noz 2017 and is everything a red-head could dream of with games and silliness all round. Wear Orange for the occassion! If you’re up for a laugh and some quality ginger to ginger consultation then let your auburn locks loose and come join us for You’ve Been Prangoed. Please note: You’ve Been Prangoed will take place in a heavily shaded area for maximum ginger protection. See ya there!