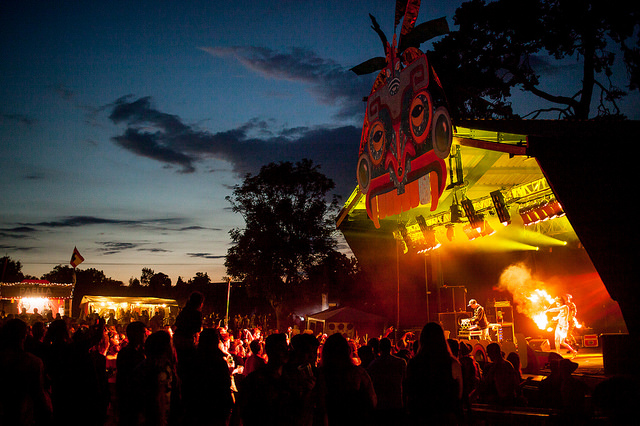 It many only be just over a month until the gates of The Hidden Valley open, but that doesn’t mean we haven’t got time to squeeze in a few more tasty line up treats for you! Today we have added a couple of cherrys on top of your very delicious Nozstock 2017 cake…

On The Orchard Stage we welcome back the steampunk flavoured Professor Elemental to brew you a nice hip-hop number, stir it with comedy and serve it with scones. Whilst Saturday welcomes Harpers Bazaars ‘one to watch’ energetic collective They Say Jump, alongside rip-roaring alt-folk outfit Noble Jacks and heavyweight roots-reggae crew King Solomon Band. They are joined by Westerman, Cousin Kula, Swansea Laptop Orchestra, Deaf Pictures, Hardwicke Circus  and over on the Garden Stage, Ushti Baba and Wovoka Gentle.

The Coppice have been getting in on the action to with Tribe of Frog adding a host of sonic delights for your psytrance pleasure including Aardvark, Neutron, Steve OOOD, Rama, Jagerhertz, Psydigital and Orestis Sundance.

For the house lovers amongst you, things get serious on Sunday night when Emotion stage a vinyl only takeover of Elephants Grave featuring Delirium, Dangerous Davies and Stinger, but if you prefer your late night entertainment with more than a hint of sass then check out the additions to Velveteen Valley including Sophia Disgrace, Kiki Mellek, Joanne Jordan and Owen Niblock.

Phew! And that’s not all we’ve got Masked Life Drawing, Break Dancing Workshops, Willow Weaving and Sound Art Collectives all announced today…not forgetting of course the surreal place where anything Orange goes, for all you orange-inal nutters…have you been Prango’d yet?