They say that variety is the spice of life; if that’s true then the 2017 Orchard Stage is spicier than a jalapeno on hot sauce dancing the Salsa.

Nestled at the heart of the Nozstock site and set in a gently sloping natural auditorium, the Orchard is the festival’s main stage. By day a whole load of fun and family friendly entertainment occurs in, on and around it but by night it becomes a different beast entirely – a variety stage like no other, with the electric atmosphere of a stage many, many times the size, but so intimate that you can almost feel the breath of the artists on your face as they perform.

This stage has seen memorable action from Jurassic 5, Martha Reeves & The Vandellas, Jake Bugg, Blockheads with Phill Jupitus, The Proclaimers, Imelda May, Ben Howard, Roots Manuva and Fun Lovin Criminals to name but a few, with many a cider drinker lured in to dance a merry jig or two.

This year’s lineup continues to build on the fantastic work of the last eighteen years, bringing the Orchard a mind-bending mix of acts from all over the world – with rock ‘n’ roll, indie, ska, hip hop, psych and much more…

The 2017 line-up looks as promising as past years’ with the hobo rock ‘n’ roll legend that is Seasick Steve taking his place at the helm, bringing his gravelly basslines from an assortment of cobbled-together guitars and his dulcet tones waxing lyrical about sleeping under bridges. 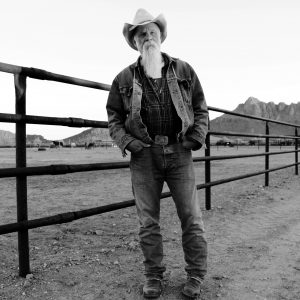 Since his breakthrough performance on Jools Holland in 2006, Steve’s toured internationally, received Brit Award nominations and rubbed shoulders with the likes of Led Zeppelin. But when he picks up that three-stringed guitar it may as well just be you and him schmoozing round a camp-fire…

From soulful hobo-rock, to bouncy ska from the Stiff Joints (see, we promised variety!)

An eleven-piece ‘ska army’ from the wild West Midlands, The Stiff Joints are always so popular at Nozstock they’ve become a bit of a resident band. They’ll be bringing their infectious brand of two-tone ska along too, making it impossible to sit still in their presence.

Taking the accolade of ‘the ultimate feel good festival act’ from BBC Introducing, the guys are currently working on a new release for 2017. Exciting!

Talking of legends – also billed for the Orchard in 2017 are indie household names of the 80s and 90s, Happy Mondays. Their 1990’s album ‘Pills ’n’ Thrills and Bellyaches’ went platinum, selling more than 350,000 copies and marking them as one of the most influential bands to come out of the UK. 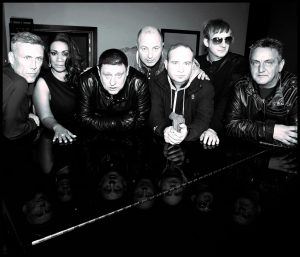 ed regular releases from the Happies, including 2012’s best-of album ‘Double Double Good’, extensive tours, various TV appearances, sell-out arenas and numerous festival shows across the UK and Europe. It’s amazing to see them play Noz with pretty much the original line up too.

They brought their own special brand of hip-hop into the mainstream in the 1970s, and now to Nozstock in 2017; The Sugarhill Gang are mostly famed for their iconic 1979 hit ‘Rapper’s Delight’, which was the first true hip-hop track to hit the Top 40. EVER.

The old-school hip-hop troupe will be bringing their infectious disco-funk sounds to the Orchard Stage for our audio enjoyment and guarantee to have every age of Nozstocker smoothly grooving their way through the weekend.

He’s opened for Kate Nash, Glastonbury and toured with Frank Turner- his eighth album ‘Spanner in the Works’ was met with critical applause as he explored the themes of anger and love using a more worldly approach to his historically folk-punk style. He always retains that DIY festival feel, which is why he’s a firm favourite for the Nozstock stage.

Ferocious Dog are well known for their high octane live performances, mixing folk, rock, reggae and Celtic vibrationstogether to create a sound that has been fit to tour with the Leve 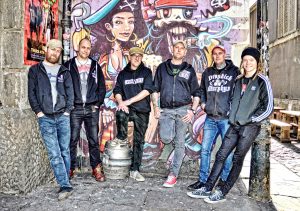 In 2015 they played the Field of Avalon at Glastonbury, bringing record numbers to the stage. Nozstockers can expect much of the same from this high energy folk/punk fusion act, to say we’re excited is an understatement; pogos ready!

Variety is what we’re about here at Nozstock and what would a variety stage be without a big dollop of hillbilly rave, in the form of Hayseed Dixie.

The Dixies will be playing original songs alongside covers of AC/DC classics and reinterpretations of R&B and soul hits. These purveyors of ‘rockgrass’ will have you chortling, jigging and generally do-si-do-ing ’til dawn. Brush down your Stetson and hunt down your stompin’ boots, this stage is a’goin to get noisy!

The Orchard crams in as many acts as possible over the weekend, including The Correspondents, Land of the Giants, The Meow Meows, Jasper in the Company of Others, Oh My God It’s The Church!, Chainska Brassika, Hannah Peel and more!