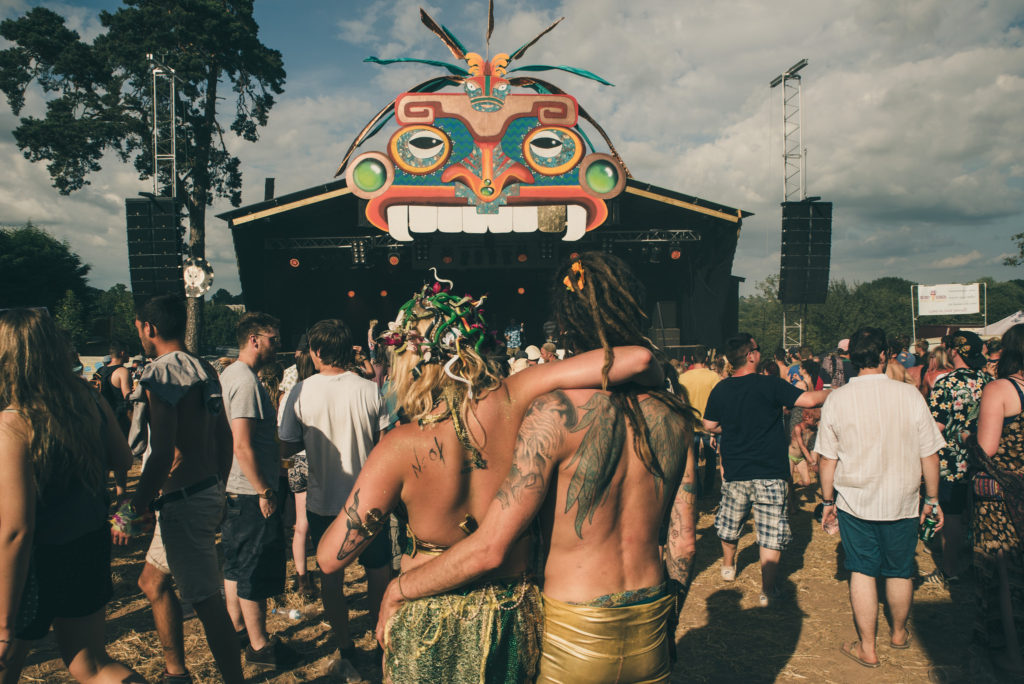 Guess what? There is only 78 days to go until the kingdom of Noz comes alive with 10 stages filled with sensational sound. We are just itching to see all your lovely faces!

You’ll find the Orchard Stage (our main stage) right in the middle of the farm and the line-up this year is…well, we wouldn’t want to brag, so you can see for yourself here.

To get you in the Noz spirit, you can listen to our Orchard Stage playlist on Spotify.

There is no introduction necessary for these DnB kings. First emerging in 2003, Chase & Status have risen to royalty status with their cutting edge beats and production techniques, resulting in achievements like spending 35 weeks in the UK top 40 with their album ‘No More Idols’ which subsequently gained double-platinum status. Previous Glastonbury headliners, Chase & Status continue to blend a multitude of genres to achieve their distinctive and unstoppable sound.

Next up and Ooh La La La La La, what a treat…we have the celestial synth surfers, Goldfrapp headlining the Orchard this year. Melting the boundaries of genre since their nascence in 1999, Alison Goldfrapp and Will Gregory have received vast critical acclaim, their third album Supernature (2005-06), including top five track “Ooh La La”, gained platinum status in the UK and was nominated for the Grammy for Best Electronic / Dance Album. With an ever-progressing sound, we are excited to be one of Goldfrapp’s 5 confirmed UK dates this year. It’s going to be special.

Following their divinely raucous performance on the Orchard Stage in 2017, we welcome back a congregation so funky, so soulful that it’s, well, positively unholy…it’s Oh My God! It’s The Church. Described as ‘nothing you’ve ever experienced before, yet as familiar as your Grandmammy’s biscuit tin’, this is a church service that must be experienced to be believed. So come and let the holy water wash over you and repent in this blessed disco party. Also a guaranteed party, we welcome festival legends, Electric Swing Circus who will be gracing the main stage with their swing / jazz / electro fusion

From Maryland to Liverpool, Jalen N’Gonda is a formidable talent, with his own sell out shows across the UK and beyond and we can’t wait to see him play in the heart of the festival. With previous support slots for industry giants like Laura Mvula, Martha Reeves and Lauryn Hill we implore you to come and soak in his soulful voice and bluesy arrangements (and hopefully the sun… fingers crossed).

Coming to Nozstock for the first time, Childcare are a band rapidly gaining recognition across the UK. After releasing their debut EP in April 2017, Ed, Emma, Rich and Glyn have since gone on to do a headline tour and support Bastille along with receiving extensive radio play of their three singles ‘Omega Grey’. ‘Film Club’, and ‘Kiss’. Head over to the page to find out how the band got their name.

There isn’t enough space on this lovely little page to give you details of all the Orchard Stage acts, but you can find details of them all here.