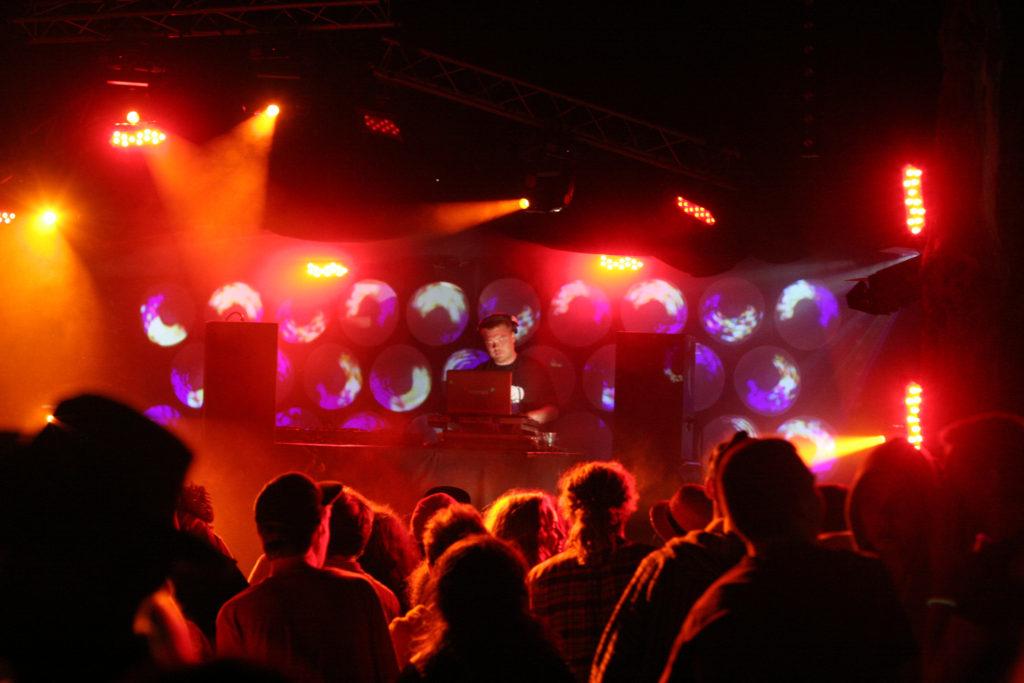 FRIDAY NIGHT AT THE BULLPEN

The Bullpen’s seen it’s fair amount of action over the years, from being our original dance arena, a SIKA studios hot-den, then of course the wonderful weirdness of Prango’d. This time around, we’ve got everything. Drum & Bass, Hip-Hop, Bassline, Jungle, Garage, Grime. You name it, we’ve got it. With a full-loaded list of promoters & labels ready to bring their showcase of sound, we’ve had to break down the stage into separate days just to get our heads around it. Hold on to your horses folks.

Gorilla Tactics are a production and events collective known for their unique ideas and multi-genre experiences. Known for shutting down clubs all around the country and regular takeovers at Boomtown (Wrong Side of the Tracks), they always have something up their sleeves and this year they’re teaming up with our pals Minirig, who provide a system that brings loudness and clarity all day long. They’ll be taking over the Bullpen for four hour’s full of fun-fuelled bassline with the scene’s finest DJ’s including Selector Spinach b2b Mooreman b2b Wamjam (The Third Nipple Crew) and Baitman Swell. This is takeover set to be the perfect way to kick-start your weekend at Nozstock, see you at the stack.

One of the biggest takeovers at the Bullpen this year will welcome northern residents, Shook who will be teaming up with West Midlands counterparts, Bassface. They’ll be bringing an armoury of heavy sound-weaponry with some seriously big names in this line-up. Real life brothers, Phibes have set the scene on fire in the past 24 months. Gaining support from artists all over the scene and with a huge catalogue of remixes, originals and an album under their belt, the duo have been touring the world in 2018, landing in 10+ countries. This takeover also see’s Bassline’s Jay Faded and Jump up’s, R3dX who’ll no doubt turn the Bullpen on its head with the kind of sounds that can make a grown man cry.

The Bullpen has played host to some big names in UK Hip Hop in previous years, and this year will see UKHH.comtakeover the Bullpen. As the first Internet site strictly dedicated to UK Hip-Hop, UKHH.com has been consistently offering a platform for UK artists to be represented since 1999. They’ll be showcasing a whole bunch of British Hip-Hop talent including performances from Brotherman, Backward Sun, George Bucks and Mick Swagger.

Hailing from Mid-Wales, Black House is Wales’s biggest night of the year. Since 2007 they have showcased the best local and upcoming artists, DJs and performers from all genres alongside internationally acclaimed and genre defining headline artists. This year they’ll be bringing some serious multi-genre, mash up madness from Boundarywho goes back to back with the Japanese DJ and producer Fujin; who takes his hip-hop routes for a spin in deep bass. This will be hosted by the talented Bristol based MC Illustrate who has hosted for blockbuster names Audio and Randall.

Our final takeover for Friday see’s veteran of the hip-hop underground Billy Whizz showcase some of the finest lyricists in the south-west. Expect a bar-spitten talent-filled cypher from special guest drum & bass starlet, Carasel, with Press 1, Goose, Twizzy, Ambush Tactics, Jinxta JX and Wish Master providing that UK sound. UK Hip-Hop at The Bullpen is ever-present this year, we can’t wait to kick-start your Friday the right way.