A sonic explosion at Noz 2016 – live acts for every appetite! 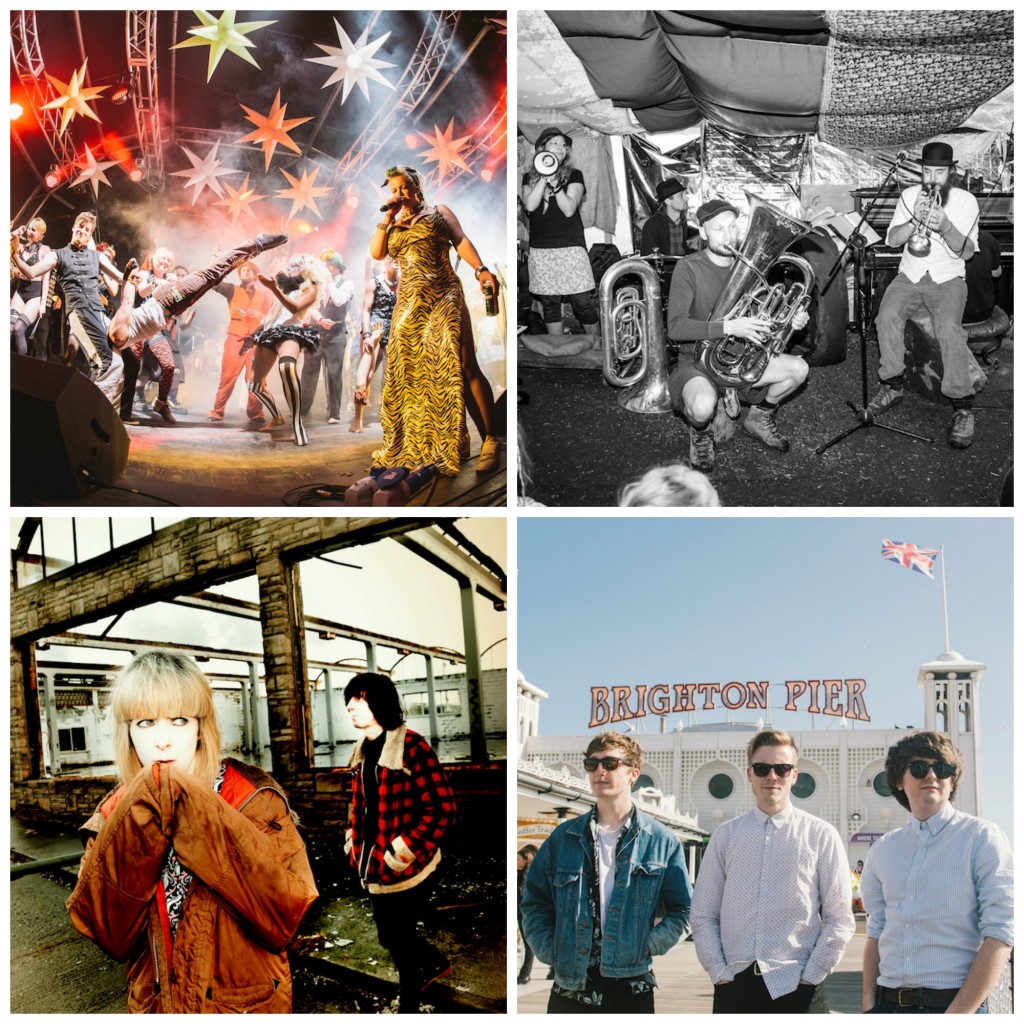 Nozstock is a festival for everyone. No matter how old or young you are, whether you’re into reggae or indie, want to discover new bands and explore unusual sounds or just dance until you can’t feel your feet anymore, The Hidden Valley has something for every appetite and we’ve picked out a few acts for you to prove it!

Expect a huge range of music on the Orchard stage – from multi-instrumental extravaganzas to ska/ Britpop bands and ragey punk, there will be something to please each and every member of your gang!

Speaking of variety, we couldn’t help but begin with Slamboree. Described as “the perfect festival band” by Louder than War, Slamboree are a spectacular act, second to none. The 15-piece ensemble of theatrical artists and musicians haven’t released an album yet, but they have a strong presence on the UK festival circuit, building a loyal fanbase with their extravagant live shows. Their sound is a one-of-a-kind mash-up of electronic dance music, drum n’ bass, swing, and gypsy.

London-based Buster Shuffle, are coming to Nozstock with their brand new catchy album ‘Naked’. Their love for Britpop and ska is expressed through this album in its most complete form. Buster Shuffle have travelled all over Europe playing sold-out gigs and festivals. In the UK they have toured with the likes of The Holloways, The Wombats, Goldie Lookin’ Chain and Chas ‘n’ Dave. This band is clearly doing what they love and we can’t wait to see them do what they do best.

The Lovely Eggs are a garage-pop duo from Lancaster expected to shake things up with their angry, girly vocals, loud guitars and surreal lyrics. They have built a reputation for their live shows, playing from squats in Europe and charity shops in Leeds, to SxSW in Austin, Texas and a two-month tour of America. They have produced four albums gaining much support from BBC 6 Music while their last record, ‘This is Our Nowhere’, received 8/10 in the NME.

Over at the Garden stage there is a little surprise for reggae lovers! Shanty represent the classic roots of reggae, but the soulful vocals of Sam Raywood breath a freshness that makes their sound truly modern.

Deep in the Cabinet of Lost Secrets, Collective 43 are Nozstock regulars, returning for the third time with their playful and engaging live show. They draw inspiration from New Orleans street bands while bringing in swing, funk, ragtime and dub references. With eight to 14 members performing, this multi-instrumental congregation will make the Cabinet of Lost Secrets the place to be!

At the Bandstand you will discover up-and-coming indie acts that’ll make you wonder why you’ve never heard of them! Nottingham is a city with a thriving underground scene and its new export, Kagoule is robust proof of that. Described as “ferocious noise-makers”, Kagoule produce a sound that entails widespread alternative rock references, but remains, as yet, unspecified. They have supported bands such as The Wytches, Iceage and Drenge and played last year’s BBC Introducing stage at Glastonbury Festival.

Cardiff can take pride in Houdini Dax. These three young lads have been playing together since school and they’ve become a hit booking across this summer’s festival calendar.  They bring a fresh take on the likes of The Beatles, The Beach Boys, Black Rebel Motorcycle Club, while their energy on stage will definitely get you moving!

Some of the best UK and international live bands will appear on our stages promising to make this year’s Nozstock unforgettable! If you’d like to explore more acts check out our hip-hop and DnB picks or dive into our full line up here!